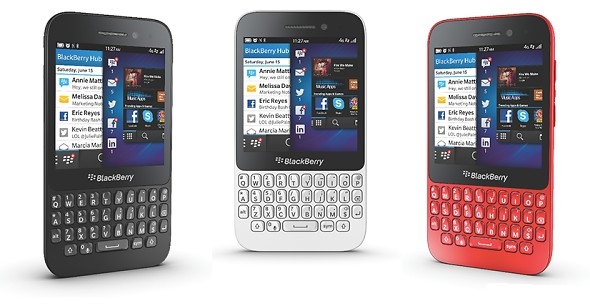 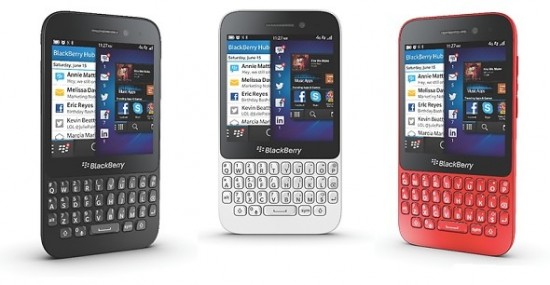 BlackBerry isn’t keen on letting Nokia have all the limelight today. Kicking off its BlackBerry Live event in Florida in style, CEO Thorstein Heins has just revealed a brand new phone called the BlackBerry Q5.

This phone is the BlackBerry R10 that we recently spotted in various leaks, branded as the Q5. When you take a look at the specifications and size you’ll understand the name – it’s like a little brother to the Q10.

Available in red, black, white and pink and baring more than a passing resemblance to the Curve models of old, the BlackBerry Q5 is going to be aimed at emerging markets such as Africa, taking on Nokia’s budget Asha phones.

Like the Q10, the Q5 features a 3.1-inch touchscreen display and QWERTY keyboard; however the keyboard on this model is different. It’s spaced out and the keys appear more rounded, which is another throwback to the Curve models. Of course, it also runs BlackBerry 10, the company’s latest operating system, which gets you access to BBM Video, over 100,000 apps in BlackBerry World and touchscreen goodness.

Other details are currently scarce as the phone has literally just been shown off by Mr Heins on stage at BlackBerry Live, but stay tuned for further specifics.

BlackBerry will be bringing the Q5 to select countries in Europe, Asia, Africa, the Middle East and Latin America from July.

UPDATE: BlackBerry has confirmed that the phone uses a 1.2GHz dual-core processor along with 2GB of RAM for power. That 3.1-inch touchscreen display rocks a resolution of 720 x 720 pixels, and inside there’s 8GB of memory and a micro SD slot to expand on that. The rear camera is a 5 megapixel sensor whilst up front there’s a 2 megapixel camera for video calling and such.