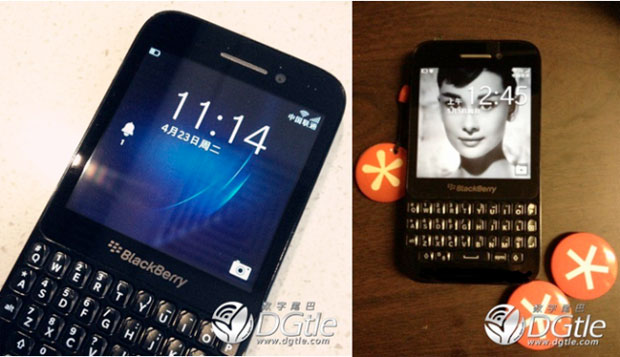 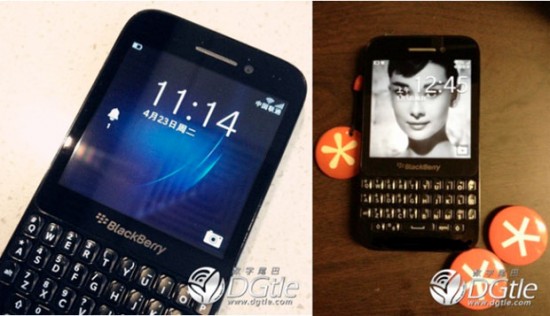 Just as the first BlackBerry 10 phone to feature a QWERTY keyboard – the Q10 – lands here in the UK, a second keyboard-toting BB10 phone has leaked online.

Snaps of a phone known currently as the BlackBerry R10 have surfaced through DGtle.com, telling us that BlackBerry does have plans to cater for the mid-range market with its new software. Whilst the current Z10 and Q10 are pricey, premium smartphones, the R10 looks to be a more affordable model.

Despite its early ‘affordable’ status, the R10 is said to feature the same 3.1-inch 720 x 720 AMOLED display as the Q10, as well as 2GB of RAM. We were impressed with the screen quality of the Q10 in our hands-on review, and so the R10 is looking good already.

However, the camera department won’t be quite as strong. On the rear you’ll have a 5 megapixel camera, as opposed to the Q10’s 8 megapixel snapper. There’s also half the internal storage at 8GB, with no confirmation of a micro SD card to back that up just yet. BlackBerry 10 will of course be the operating system of choice, married with the combination of touch and type on the classic Bold-style QWERTY keyboard.

It looks as though the BlackBerry R10 will be the new equivalent of the hugely popular Curve range, and it’s already been spotted in Black, Red and White versions to back that up. Those who want something pocketable, colourful and great for bashing out messages and social media updates look set to be in for a treat. Hopefully BlackBerry will make this model much more easy on the wallet than the other established models in the BlackBerry 10 range, which at over £530, are putting some off with their steep prices.