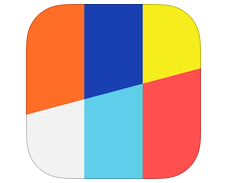 Socially savy smartphone users can now anonymously chat with others about the stuff they’re into with a new iOS app called Rooms.

The Rooms app, which is developed by Facebook, harkens back to the late nineties and AOL Instant Messenger when random people from across the globe could chat about all kinds of mainstream or obscure interests from football to beekeeping to more unsavoury subjects, and knowing a person’s “A/S/L” was trustworthy enough to start a kinship with a stranger online.

Using this classic concept and updating and adapting it for the smartphone generation Rooms allows users to log in with a made up pseudonym and join or create Rooms based on their interests to share in the chat and photo/video sharing. Rooms will be customisable by their creators and joined by invite only, apart from a few default chats which will be open to all users. The invites will be issued via QR codes from the iPhone’s camera scroll and these can be shared online or offline with mates ‘IRL’ and is a gimmick that makes the most of the mobile orientation of the new social app.

The anonymity factor means that even if you’re a twenty stone biker nobody need know about your fetish for My Little Pony and you can rest assured that none of your Facebook information carries over as the app is completely stand-alone. You need only log in with a created name, and can use a different nickname in each room you join.

The anonymous nature of the Rooms app also falls in line with those recent rumours that Facebook was developing a new social platform where personal details will not be made public.

At the moment only iPhone owners can enjoy the Rooms app downloadable free right now from the App Store – but we’d think it’s only a matter of time before Android users will be invited to join Facebook’s latest party.