Internet giant Google has approached the Federal Communications Commission with an interesting request for testing on an unspecified “entertainment device”.

In the proposal Google says the mystery machine requires “testing outside the laboratory environment” and that “the device is in the prototyping phase and will be modified prior to final compliance testing.”

Speaking of the importance of the guessable gadget’s connectivity capabilities the statement reads “Users will connect their device to home Wi-Fi networks and use Bluetooth to connect to other home electronics equipment. This line of testing will reveal real world engineering issues and reliability of networks. The device utilizes a standard Wi-Fi/Bluetooth module, and the planned testing is not directed at evaluating the radio frequency characteristics of the module (which are known), but rather at the throughput and stability of the home Wi-Fi networks that will support the device, as well as the basic functionality of the device.” 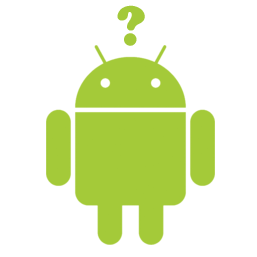 “From this testing we hope to modify the design in order to maximize product robustness and user experience. Utilizing the requested number of units will allow testing of real world network performance and its impact on applications running on the device, so that any problems can be discovered and addressed promptly.”

So an entertainment gadget which connects to a bunch of other gadgets via Wi-Fi and Bluetooth, with no mention whether it could perhaps be based around Google’s Android mobile operating software. If this was mentioned as a feature we could perhaps take a guess at a music and media player akin to the iPod Touch – we have seen recently that Google is seriously pushing its music platforms and YouTube has had a number of tweaks in the past 12 months, both to its interface and accessibility for mobile devices, as well as legitimising its content.

We could, however, also be required to brace for another push for the ill-fated Google TV, which last year saw a number of key manufacturing partners jump ship before the product even had time to touch the shelves. Whatever it is, we’re intrigued..