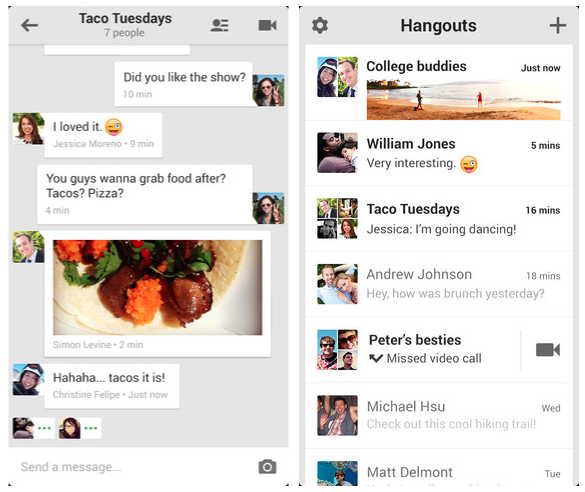 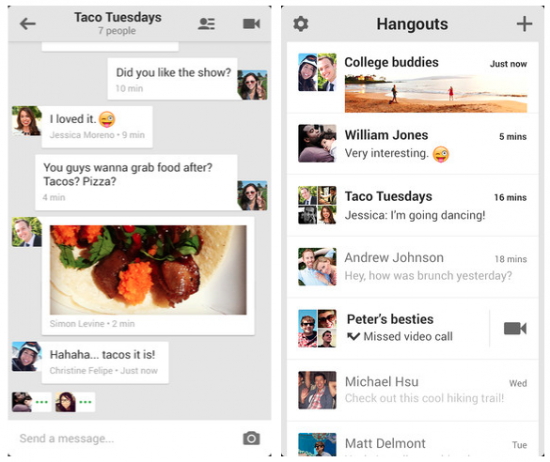 Google has launched Hangouts, a cross-platform chat and video service in a bid to unify its growing number of services and bring a rival to the likes of Skype.

Yes, Hangouts is the video chat system found in the company’s Google+ social network, but now it’s also the name of Google’s unified communication service on Android, iOS and desktop. This means Google Talk, the instant messaging client in Gmail on desktop and on Android, becomes Hangouts.

The apps have been completely redesigned by Google so that people can keep in touch via the web no matter what device they’re using – laptop, Android tablet, iPhone, etc. You’ll be able to send simple text messages, make video calls, share files and all the other things you would expect from such a messaging service.

Hangouts will sync across any device you have your Google account on in real time, along with your notifications. This means you can chat to your friends about going out later in the evening whilst on your work PC, then leave work and continue the Hangout on your iOS or Android smartphone.

For those who follow tech rumours closely, this is the messaging service that broke cover early with the codename of ‘Babel’.

With Hangouts you’ll be able to chat with a single person or a group, and that includes video chat. As you can see from the screens above, the little video icon from Google+ is in the top right corner, ready to start a video chat. You’ve also got a camera icon bottom right that allows you to send pictures.

The new apps are available in the Play Store and App Store for Android and iOS respectively right now – look for Hangouts and you’ll find ‘Hangouts – (replaces Talk).