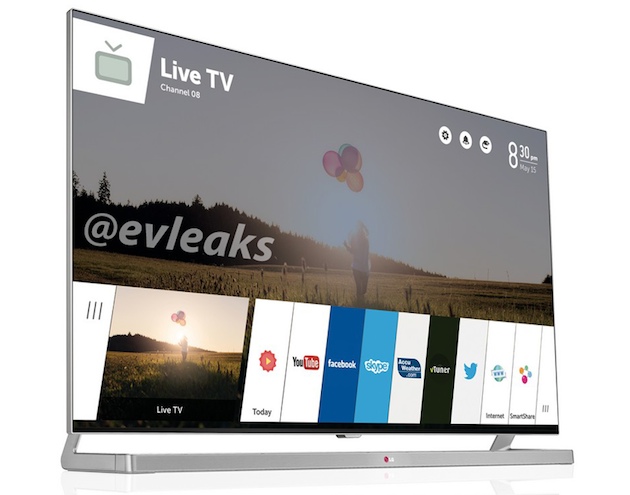 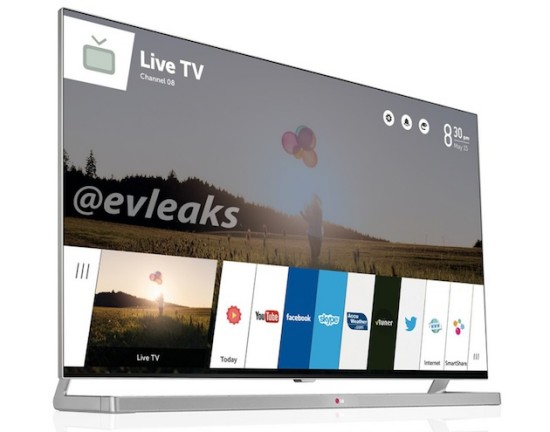 For most of us, webOS has become a distant memory. The OS which ran the Palm and subsequently HP Pre and TouchPad devices suffered an untimely end at the hands of Android and iOS, despite its card-based interface becoming the basis for multitasking interfaces on almost all of its key rivals’ systems.

Just under a year ago, in February of 2013, LG decided to buy out webOS and took the software on along with any engineering talent left at HP, plus existing websites and documentation. It became clear at the time that the buyout was made with a view to putting webOS onto Smart TVs the following year, giving us plenty to speculate up until now. Today we’ve caught our first glimpse of webOS running on a brand new LG Smart TV, courtesy of @Evleaks on Twitter.

In typical fashion, the serial leaker simply tweeted ‘webOS TV, by LG, 2014’ along with the picture you’ll see above. The set itself features a new design, with a long silver bar stand and an exceptionally thin bezel around the screen. But of course, it’s the reimagining of webOS that we’re most interested in and we have to say that the software looks pretty slick.

webOS was famed for its card-based interface, where each app was represented by a card which could be flicked off the screen to close or shuffled around in the deck to re-arrange your open applications. From the leaked image we can see that LG will continue this trend, offering each app as a vertically slanted card, stacked together along the bottom of the screen. There’s also a smartphone-like status area in the top right corner, offering the time and date along with notifications and a few other shortcuts.

Going by the apps displayed on screen in the image, the usual favourites will be featured on LG’s new range of Smart TVs, including Twitter, Facebook, YouTube, Skype and AccuWeather. The image also shows that the TV’s apps list can be brought up over the top of Live TV or other video inputs, allowing for simple multitasking between apps and TV.

We’re expecting to get an official look at LG’s first webOS TV later this month at the annual CES tech show, so stay tuned for more updates.