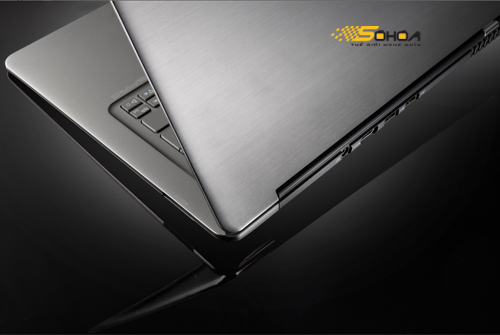 The similarities between Apple’s Macbook Air and the Aspire 3951 are uncanny, from the large glass-looking trackpad and black chicklet keyboard to the silver finish and contoured thickness running to the thinnest point at the bottom.

According to reports from the same website, the Aspire 3951 will feature a 13.3-inch screen, weigh around 1.4kg and be around 13mm thick (though it looks to be a lot slimmer at its thinnest point).

Intel Core Sandybridge processors will power the ultraportable notebook, along with either standard or SSD hard drives of 250-500GB and 160GB respectively. Battery life is expected to be around 6 hours, and Acer is boasting super fast startup times, especially if you opt for the speedy SSD hard drive.

Unlike the Macbook Air, connections will be situated on the back edge of the Aspire 3951, rather than on the side – HDMI, USB and a Memory Card Reader will be situated behind the screen. A HD webcam sits above the screen and Sohoa tells us there will also be Bluetooth 4.0 connectivity on board.

Pricing is yet to be officially announced though the source seems to think they will be priced between $770 and $960, depending on the specification you opt for of course.

Is the Acer Aspire 3951 too much like the Macbook Air for your liking? Let us know what you think.