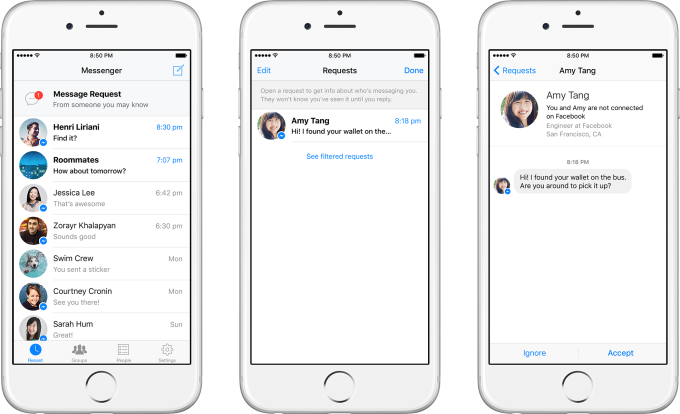 Facebook is looking to add security to its Other Inbox by introducing a Message Request feature with the intention of making it much easier to filter unwanted chats and messages.

Wait, you didn’t know Facebook had an Other Inbox?

Well no, nor did we until we recently discovered a massive backlog of unattended messages from friends of friends, people who follow us and potential spam from total strangers which were all left gathering in a separate section of the Facebook Messenger inbox.

This discretely hidden inbox, which only the very socially savvy are even aware of, will soon become a blip in social networking history when Facebook rolls out the new Message Request feature. 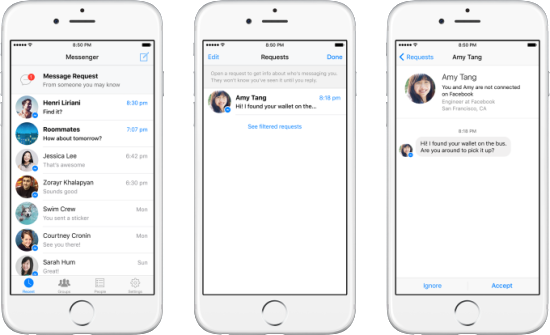 This update to our online interaction through Facebook will work a bit like how Skype works by asking you if you want to accept an unknown contact before allowing them to freely start a chat with you. This should prevent users receiving undesired or even harassing messages from those not on your friends list – but according to the news source TechCrunch it will still allow messages from those who have your mobile number.

Facebook gives an official but vague description of Message Requests tucked away in its Help Centre which states that a request from another person will appear as a notification at the top of the Messenger and recipients can choose to Ignore to hide the stranger’s advance or Reply to it. This will add the conversation to your main inbox and the person has permission to send messages. However, anything that distinctly reeks of spam will be discarded of by Facebook right away before it even bothers you with a request.

Message Requests will thankfully be a more prominent feature than its predecessor, the mythical Other Inbox, so we should never again miss any more conversations – wanted or unwanted.