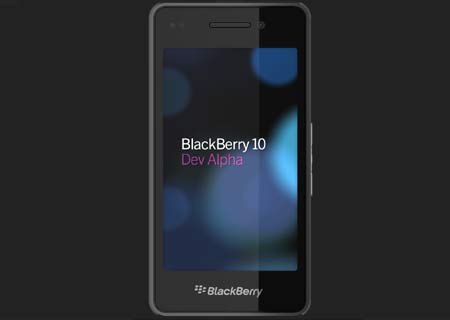 RIM has ousted the new screen size and resolution specs for its forthcoming saviour OS BlackBerry 10 and for the handsets that will be supporting it to app developers, so they can create applications for the new operating system.

We are still a long way off the release of the new RIM OS, which is now set for a 2013 release, but RIM have in recent month been putting a lot of emphasis on the OS as the company has been struggling somewhat in the smartphone market.

Tim Neil, who heads up Application Platform & Tools Product Management at RIM, has posted on the BlackBerry Dev site, revealing that the first touchscreen BlackBerry 10 handset will feature a 1280 x 768 HD display, which is the same resolution as the Development Alpha device that is currently out to test BB10’s setup.

Neil also stated that this will be the only BlackBerry 10 touchscreen phone which will have this resolution, as all the other and future touch devices will have 1280 x 720 16:9 displays.

The reason for the difference is explained; “This first BlackBerry 10 device has been in the works for quite some time now with lots of supply chain management and manufacturing tooling to bring it to launch. So it’s pretty much a sealed deal.”

“We are now telling you that moving forward new smartphones will be standardizing screen resolutions which will allow you to design your applications to fit two main form factors.”

But for classic fans of BlackBerry, you don’t have to worry about RIM forgetting about the QWERTY keyboard users as Neil goes on to say: “we are also continuing with our iconic keyboard for users like me who love typing on a physical keyboard. This new physical keyboard device will have a screen resolution of 720 x 720.”

This means that developers for games and applications will need to look at three different screen resolutions for the release of the BB10 software, or just settle for 2 screen sizes, and anyone using the 1280 x 768 HD display will have to make do with some black bars on the screen.

BlackBerry has stated that the new BB10 OS will come in 2013, but with no set release date or even month we will just have to wait and see.