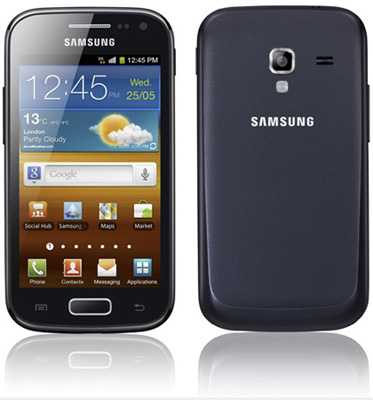 Samsung struck gold when it decided to launch a budget version of its original Galaxy S smartphone. The Galaxy Ace, to many, was like a cheaper version of both the Galaxy S and the iPhone, making it an attractive proposition on both pay as you go and cheap contracts.

To the gadget obsessive, the Galaxy Ace was of course a phone with a distinctly lower quality screen and slow processor, but it was still snapped up by millions worldwide. Samsung has done its research and improved many areas in the sequel, the Samsung Galaxy Ace 2.

We’ve given the Ace 2 a thorough going over and it’s a huge improvement. The screen is instantly noticeable as being sharper, brighter, and more vivid, and you’ll notice that the phone is quicker than its predecessor thanks to a dual-core processor.

Storage has also been upped to 4GB straight out the box, which is partly to cope with the camera’s new-found ability to shoot HD video in 720p quality – something with the original Galaxy Ace couldn’t do.

The design has also been improved, with Samsung shaving a few mm off the phone’s thickness and making it curvier and more comfortable to hold. Despite a low price tag, the Galaxy Ace 2 feels like a much more premium phone. That’s reflected in its price tag of course, which is around £220 – a good £100 more than the original Ace.

Is it worth the extra cash? Check out our video review to find out.

If you think the Samsung Galaxy Ace 2 is for you then check out the best prices on Pay as You Go and Contract using our price comparison tool!