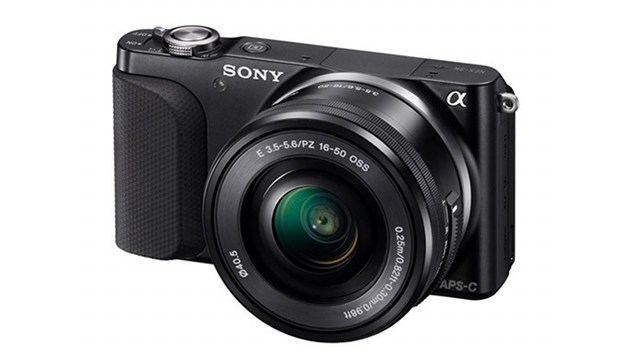 As we suspected from leaked images, Sony had a couple of brand new cameras hiding up its sleeve. Last night they were revealed, with the new NEX-3N compact system and the Alpha A58 Single Lens Translucent cameras making their debuts.

Both are somewhat different, with the NEX-3N offering a mixture of compact point-and-shoot portability with a dSLR-sized sensor and removable lenses, and the A58 being a larger and more configurable camera for those more confident in their photography.

Sony already has a NEX-3N camera on the market, and so this is an upgrade of the original model. The key difference is size; Sony has redesigned the exterior to be much smaller, slimmer and more compact. When sat side-by-side with the original, it’s very easy to see how much more compact the new model is.

Sony has relocated the shutter button to be right on top of the body, integrating a sliding lever for zoom around the shutter itself. The grip is also much smaller, although still pronounced enough to let you wrap your fingers around it.

Inside the new model has the same 16.1 megapixel APS-C CMOS sensor, offering ISO ranges of 200-16,000. You’ve also got HDMI out, a tilting screen and a pop-up flash for adding some lighting to your shots. The new NEX-3N comes with a 16-50mm power zoom lens and is priced at £400, which is incredibly competitive.

Much less compact but more powerful, the A58 joins Sony’s ever-expanding line of Single Lens Translucent (SLT) cameras. This model has a brand new 20.1 megapixel APS-C image sensor at the heart of things, though despite the large number of megapixels this is an entry level model for Sony.

From the list of specifications and features on offer you’d be forgiven for thinking this isn’t an entry model, however. You’ve got 5 frames per second burst shooting, a 1.4m-dot OLED viewfinder, ISO range of 100—16,000, and a 2.7-inch 460k-dot tilting screen. #

Plenty of exciting features are packed in, including a new Lock-On autofocus mode that will track and maintain focus with moving faces and objects.  The mode dial also offers a bunch of effects as well as the traditional shooting modes.