Verizon Lancet Will Be First Windows Phone for LG 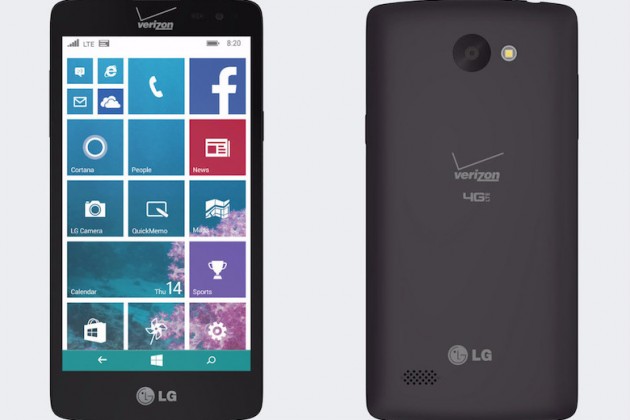 Korean electronics power house LG have certainly been late to the Windows Phone game, but it’s certainly entering the race with this new creation. Verizon Wireless, who tout themselves as being the biggest carrier of 4G LTE in the USA, have announced the LG Lancet, following various leaks from consumer electronics media companies. The Lancet is a Windows Phone 8.1 device and has been marketed and manufactured for the budget, contract hating crowd.

The LG Lancet isn’t exactly gutsy, it comes with a 4.5-inch display which isn’t really anything special. It also features a 1.2GHz quad-core processor which again isn’t something to write home about but should be enough to run basic apps at a reasonable level. The Lancet features an 8 megapixel rear camera which is respectable enough for a budget phone but then falls very short with a measly 0.3 megapixel front camera which is basically like taking a picture with a potato. The Lancet also has 8GB expandable storage as standard which is nothing surprising for a low-end mobile.

The new LG Lancet with Windows 8.1 will come with a few features you wouldn’t usually experience with a low end phone. For example, you will have the ability to access higher quality LTE voice calling and will be at the forefront of Verizon Network upgrades. The phone also comes with all the bells and whistles considered a standard by LG – such as double tapping to wake the screen. The price for the Lancet is a meagre 120 dollars (That’s £75.99 for our UK readers) which is very reasonable for an off-contract phone.

Like other Windows 8.1 devices – it comes touting the free upgrade to Windows 10 that is promised to all devices. When exactly this will be is still not known but we can assume nothing can be worse than Windows 8.1 was.

The Lancet hits stores in the USA May 21st. Hopefully it will cross the pond soon.