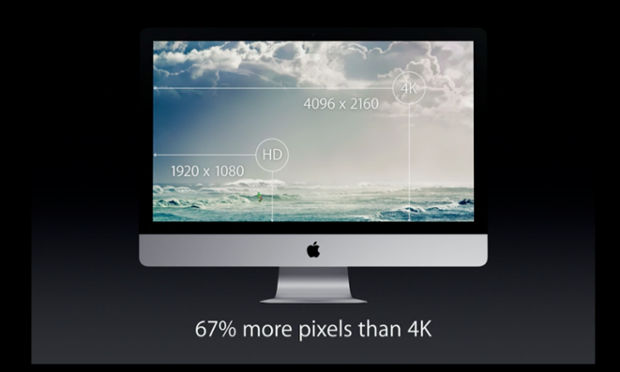 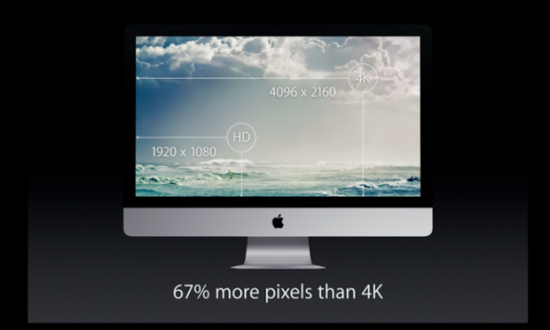 
Apple also announced some key iMac updates at today’s announcement and keynote at the company’s Cupertino campus in California. The latest addition to the Mac family is a powerhouse 27 inch Retina display equipped, 5k resolution iMac.

This high end all in one computer boasts an astonishing 5120 x 2280 pixels of resolution, totalling at 14.7 million pixels on the 27 inch screen, a true 5k display, featuring 67% more pixels than a 4k TV and 7x more pixels than on an HD TV.

Apple were excited to announce that after the record breaking iPad Air 2, the world’s thinnest tablet, was announced, the Retina iMac would join the tablet as a world leader, being the highest resolution screen in the world.

What’s more, the outer edges of the device measure in at just 5mm thick. Apple even had to invent a brand new piece of technology, the timing controller chip, or ‘tcon chip’ which has to be used to ensure the screen stays outputting correctly. 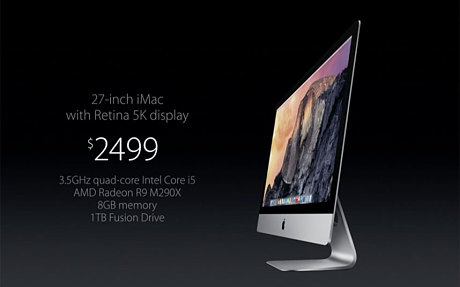 Inside the iMac, a beast of a computer slumbers, ready to handle complex tasks once awakened. The Retina iMac features a 3.5GHz quad-core Intel Core i5 processor, an AMD Radeon R9 M290X graphics card, a fat 8 gigabytes of RAM, and Apple’s 1TB Fusion drive. For extra impact, customers can choose to swap out these for a 4GHz Core i7 processor, up to 32GB of RAM, a 3TB Fusion drive, or a 1TB SSD.

SEE ALSO: Apple Store down ahead of iPad Air 2 and iPad Mini 3 announcement

With respect to Apple, their products are very advanced, often leading the industry. However, the price of these products is almost always staggeringly high. Case in point with the 27 inch Retina iMac, which clocks in at $2499.

Although Apple did point out that an inferior 4k monitor, as in just a screen, clocks in at almost $3000. It is a high price for a single computer, PC builders can attest that for the price a much higher spec PC can be built. But it wouldn’t be an Apple product. 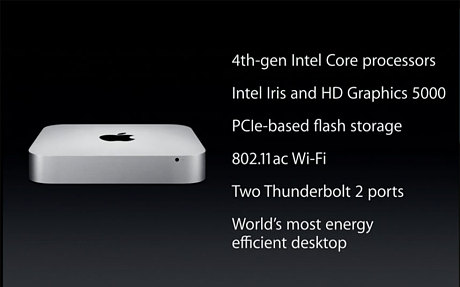 If you’re not too keen on spending your life savings on the new 27 inch Retina iMac, there’s the newly announced Mac Mini to consider, which was slotted in just after the 5k behemoth. The new 4th gen Mac Mini includes two Thunderbolt 2 ports, an incredibly small profile, plus all the perks Apple’s software can offer. It’s out now for $499.