Is An Advanced Siri Coming to Mac? 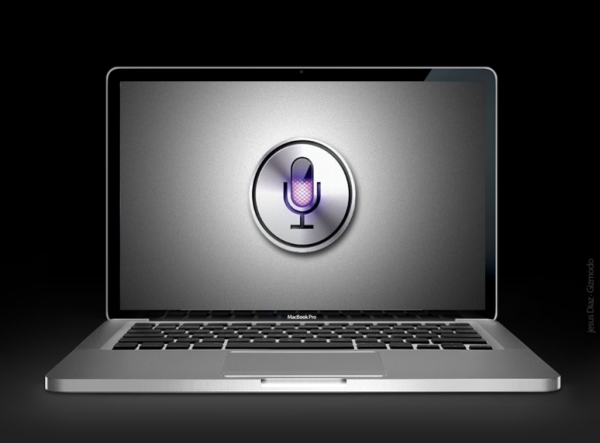 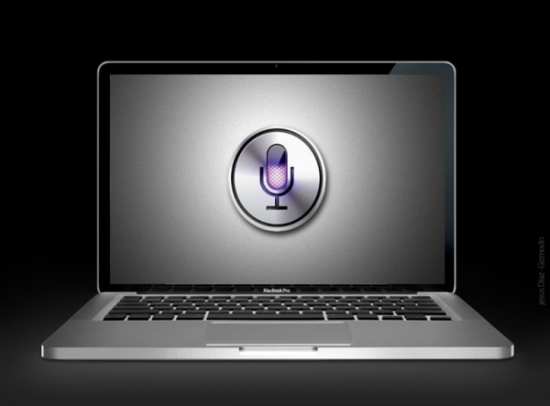 Apple has a new patent out, this time detailing an augmented version of Siri, the digital assistant, for the Mac. Apple fans have long expected Siri to make her appearance on the Mac, but sadly thus far only the voice recognition software, which is used for dictating your words to a word processor, has made it to the desktop platform.

The reason for this long wait for Siri could be the fact that, as detailed in this patent, Apple wants Siri to be more of a constant of the iMac, sitting in the background, always on, patiently waiting, ready and eager for the user to give her the old ‘Hey Siri’ (or even a simple gesture) and leap into action.

SEE ALSO: Rumours Spill Over Apple TV and the Introduction of Siri

Features described are extensive. You can tell Siri to organise, copy and move files by interpreting the cursor position at any given time. The wording of the patent states that Siri could even be used as a ‘third hand’ – giving the user the option to control their Mac via voice, keyboard and mouse, even allowing the digital assistant to work on apps in the background which aren’t even highlighted on screen. Think Tony Stark’s Jarvis from Iron Man.

This is all very futuristic of course, but in the near future this could be the most common way we interact with technology. The digital age isn’t just about taking clocks and putting them on screens, it’s about taking older input methods and augmenting them with software, or completely replacing them with something else that resides entirely inside of a computer program. Keyboard and mouse could one day be a thing of the past. 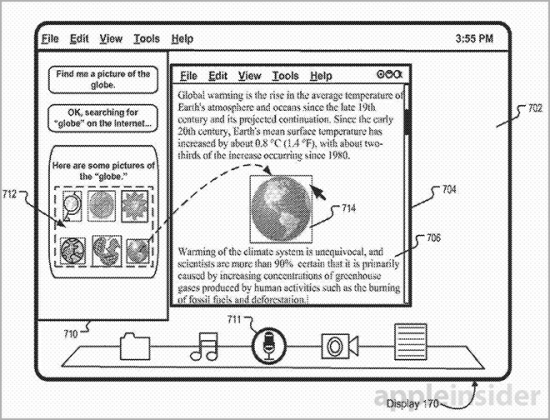 A visual representation of the new ‘advanced Siri’ patented for Mac. Image Credit: USPTO via Appleinsider

But back to 2014 now, and we’ve also heard that Siri isn’t going to make an appearance on the upcoming Mac OS X Yosemite, meaning that these new technologies may be quite a long way off. The coding and development side could still be years in the making, regardless of what Apple has been up to behind the scene. You don’t exactly see Tony Stark messing around on Python in the movies.

Watch this space, we’re very interested in this bleeding edge tech stuff, and will keep you informed of any further developments. Okay Siri, head on down to the kitchen app and make me a sandwich. BLT. But go easy on the LT.

Source: US Patents Office (at 92 pages it’s a read, highlights below)