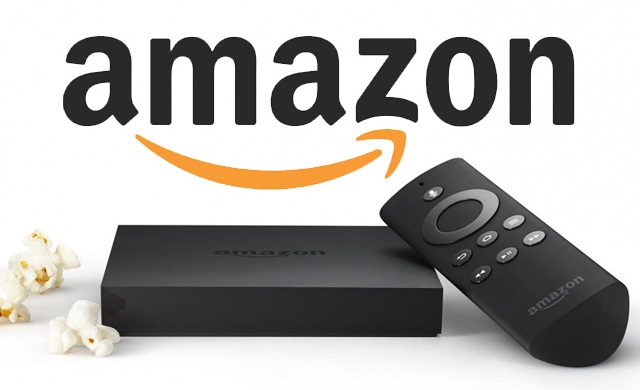 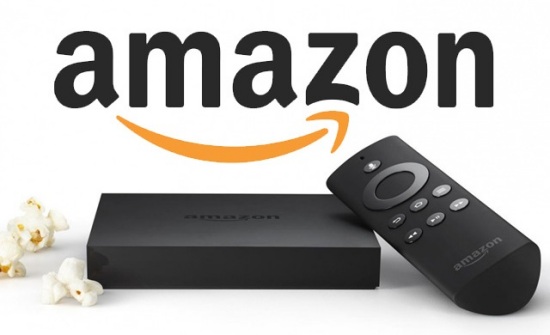 Amazon is continuing to stick their fingers in yet another pie, as they continue on their path to world domination. First came Amazon Prime offering services similar to Netflix and other movie streaming services, then there was the Amazon Fire smartphone and tablets and now they’re adding Fire TV to their list of accomplishments.

The Amazon Fire TV is basically a streaming set-top-box featuring Amazon’s own content as well as Prime features and on demand services from Netflix, BBC iPlayer and Spotify. Its aim is no doubt to compete with other devices offering similar services such as Apple TV and Google’s Nexus Player.

Also See: HBO Gear up the streaming service for 2015

The streaming set-top-box also features games with the option of purchasing a designated Bluetooth gaming controller too for around £35. The games do also offer the option of multiplayer with one person using the TV and the other a Fire HD or HDX tablet. 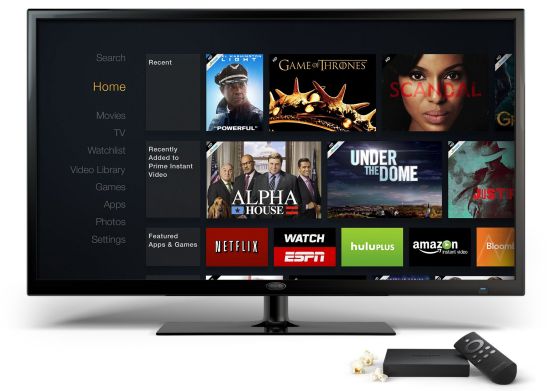 The Amazon Fire TV box features a quad-core processor and 2GB of RAM and has the capability to stream 1080p content. It also has built in dual band Wi-Fi and also includes a feature known as ‘ASAP’ whereby buffering will become a thing of the past. The unit predicts if you’ll press the Play button and buffers so the movie or program is ready to play instantly.

The unit itself has a power port, HDMI port, optical audio out port, supporting Dolby digital surround sound, Ethernet connection and USB port. It also has an Adreno 305 graphics processor built into its quad-core chip.

Coming included with the Fire TV is the Fire TV box, a Bluetooth remote, power cable and 2 AAA batteries along with the quick start guide. The box will require an HDMI lead with, obviously, an HD TV and Wi-Fi. 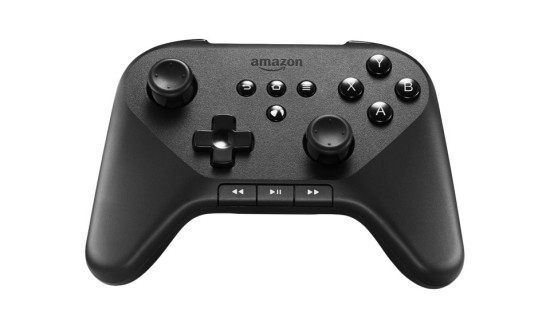 The Bluetooth remote isn’t your standard remote either. It includes a microphone for voice controls, so instead of shouting across the room at the actual set-top box, you can say it nice and gently into the remote instead. Much more civilised if you ask me.

The box itself is available through Amazon.co.uk as well as other retailers such as Argos, Tesco and Dixons. Pre-Orders have already started being shipped. The price of the box is £79.