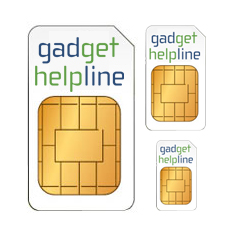 What’s smaller than a micro SIM? Try a Nano Sim. That’s what the European Telecommunications Standard Institute, a collective of telecom operators, is looking to introduce following a vote next week. No surprises who’s on the board. Yep, it’s Apple – the company that introduced the world to the previously downsized Micro SIM which threw rival mobile manufacturers a curve ball and made life for upgrading phone buyers a bit of a bother when they tried to transfer their existing SIM data.

Apple will once again put itself in direct opposition of smartphone makers such as Nokia, RIM, HTC and Motorola and the stroke it commands over the voting by being involved in the board means the ETSI and the iPhone creator will surely see the Nano SIM brought in as the new industry standard.

Those who have been forced by their networks to switch over to Micro SIM from the regular sized SIM but still use a mobile phone which requires the previous card will know that this requires a “cradle” and making the SIM standard even smaller will require further adjustments to suit the hardware. This will inevitably happen with Apple grabbing the patent rights, making it very troublesome for manufacturers to follow the format. And suffice to say these manufacturers are expected to kick off over the vote.

The original SIM cards began life at the same size as our credit cards then were significantly downsized to the SIMs we’re probably most familiar with, these measuring a suitable 25 mm × 15 mm. Micro SIM was introduced by Apple in 2011 and measured 15mm x 12mm. Nano SIMs will shave even more off the width and length of the card making the standard just 12mm x 9mm.