It would seem that Apple are set to pull the plug on a couple of its beloved family members to make way for the more spritely iPod Touch and Nano to carry on the legacy. It has been reported that the iPod Classic and the iPod Shuffle are both set to be killed off in the next few months.

The iPod Classic is the legacy device of the original iPod that started it all, with its iconic Scroll Wheel and simple operating system. However, the device has seen a spiral in sales over the past few years with the increase in memory capacity and extra features of the iPod Touch. 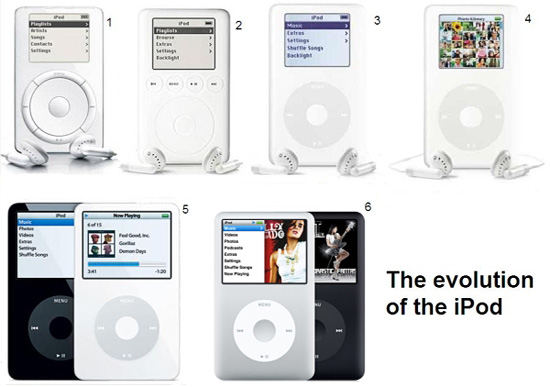 One of the biggest selling points for the Apple iPod Classic is the sheer memory size – the units could hold a huge 160GB of music, video and photos, but with Apple now increasing the memory sizes in the iPod Touch, the old Classic media player is becoming more and more redundant.

The iPod Shuffle however has always been a tough sell for Apple since its initial January 2005 release, as its initial simplicity and small design has been slowly replaced by an ever-shrinking iPod Nano range which now offers all the features and small form factor of the Shuffle, but with a touchscreen and better functionality.

The Shuffle, now in its 4th Generation, is the slimmest ever iPod device but its has ditched the third generations  virtually no on board controls instead returning to the classic Apple Scroll buttons scheme.

The news is coming in from The Unofficial Apple Weblog (otherwise known as TUAW), who are claiming that a source close to the Big A’s release plans has stated that the Classic and Nano will be “getting the axe this year”.

Apple have seemingly changed up their release schedule this year – normally the company focuses on Mac and OS related updates in the first yearly quarter, then follow on with an iPhone announcement early July and then a September announcement of the updated music and iPod range.

This all seems to have been thrown out with the iPhone announcement being pushed back till early October and no news on when if and when the iPod range will get its yearly update.

With Steve Jobs stepping down as Apple CEO last month and Apple reportedly taking a new direction, the idea to cut a few slacking products to focus on the new ranges is not that big of a shock, so with Apple seemingly removing its click wheel route it would feel like the iPod ranges are all touch from now on.

Whilst its sad to see some gadget go to rest, they surely have had a better life than most MP3/Media players… Zune anyone?

Let us know your thoughts on our Comments below or via or @Gadget_Helpline twitter page or Official Facebook Group.