BBM for iOS 6+ and Android 4.0+ now available in Beta test 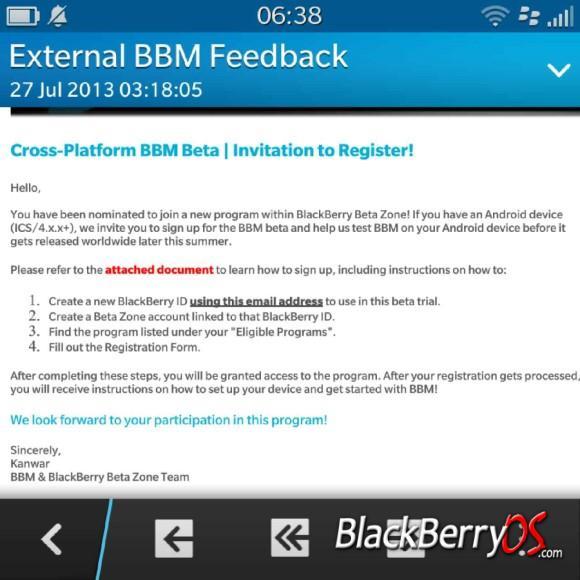 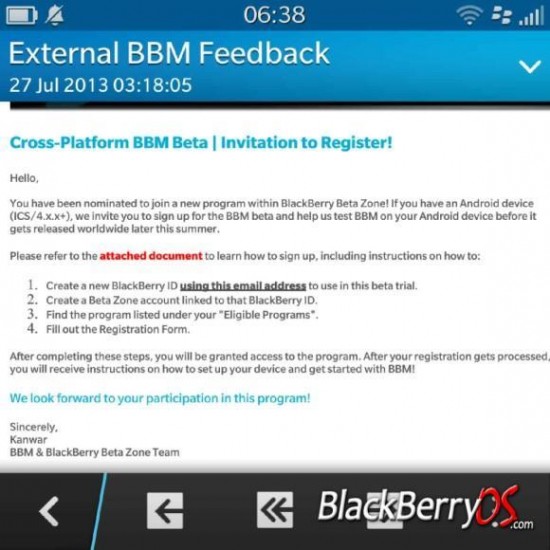 Yesterday a leaked image of the incoming cross-platform BlackBerry BBM messenger service cropped up and today BlackBerry has started to roll out the service to a limited amount of users in a beta test for the Android and iOS devices.

The cross-platform BBM service was originally announced by BlackBerry’s CEO Thorsten Heins back in May at the BlackBerry Live conference. Back then it was promised that BBM for Aandroid and iOS would land on handsets by the end of the summer 2013 and this end of the deal seems to have been kept up.

A small number of users are getting the chance to test out the Android and iOS versions of BBM at the moment via the   BlackBerry Beta Zone. The Beta Zone, which is similar to Apple’s Developer Centre, started sending out the invites to select registered users today, with more expected to follow in the coming days and weeks. 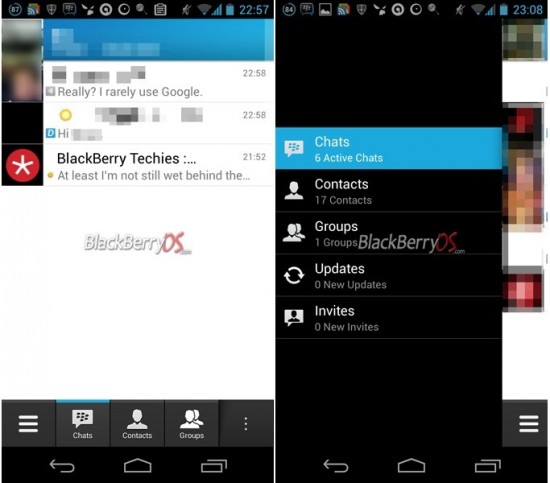 The news has been reported by BlackBerryOS.com, who leaked a few images of the service working on an Android device, but there is still no view on what the iOS version will look like.

If you are registered to the Beta Zone and you want  to try out the iOS or Android app then you might be able to, providing your handset is running iOS 6.0 or Android 4.0 or later, depending on your device.

The BBM service on all handsets could be a big change for BlackBerry but it may also be a little too late to take advantage of the once in-vogue free messenger service, but with the rise of free apps like WhatsApp, Facebook Messenger and iMessage, BlackBerry may struggle to get their BBM app to the top of the pile.