His name may not be on the tip of everybody’s tongue but Bernard Arnault, whilst running the most successful luxury conglomerate in the world (Louis Vuitton Moët Hennessy) is also an avid music lover. He is the richest man in France worth almost $40 billion and has recently become the lead investor in a super-luxury speaker system named Phantom which is created by Devialet. 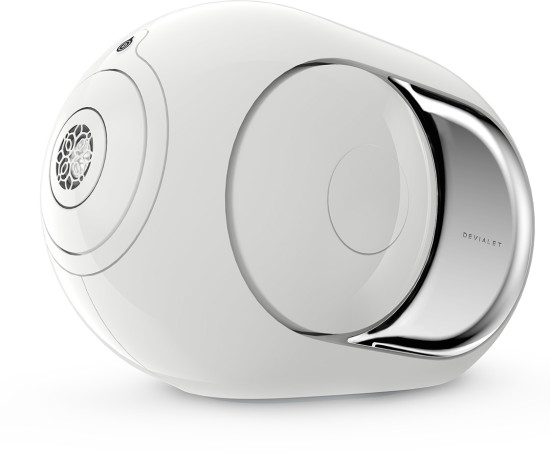 The gadget claims never before capabilities of sound like “heart bass implosion.” HBI allows the Phantom to emit ultra-dense sounds. “The sound it creates is radically different than anything you have ever heard,” Devialet’s Romain Salzman was quoted as saying during a mini listening party. Though it may sound like buzzword bragging, the speaker, weighing in at just 25 pounds, around the size of a large football, is sure to become an essential for small but luxurious city dwellings.

The Phantom is a single-unit wireless speaker and amplification system that is becoming the new must-have for the homes of the tech and fashion elite. Devialet, known for its Phantom speaker which supposedly sounds better than speakers 20 times bigger, just announced that it has closed a $20 million Series B round.

Though it seems that the Phantom is a single speaker, it actually has four drivers: one tweeter, a mid-range speaker, and two subwoofers (silver discs on the sides). Devialet’s Phantom resembles a Star Wars droid, has music lovers by turns loving or hating it, and squeezes up to 3,000W into a casing some physicists say shouldn’t work. After over 10 years in development, Devialet has 88 patents and awards galore for its audio-engineering technology, with amplifiers on the market since 2010.

Mr. Arnault has some well-known friends on board too including Karl Lagerfeld, who purchased 20 of the speakers and Kanye West.

Now for the downside – a single speaker retails for $1,990, and, unfortunately, only 1,000 units will be available as of tomorrow.