The Blackberry Torch 9810 is the successor to the original Torch smartphone, and is indeed the “Torch 2” that we met before online. It’s the same size and form factor but with improved internal specifications, as expected. A high resolution 3.2-inch touchscreen adorns the front of the handset, with the signature Blackberry QWERTY keyboard sliding out from underneath the screen. The Torch 9810 is finished in silver with chrome accents around the screen.

Perhaps most interestingly, the Blackberry Monza/Storm 3 that we saw recently along with the Torch 2 has turned out to be another member of the Torch family. The Torch 9850 and 9860 are full-touchscreen handsets, with the difference in model number indicating where the devices are sold. They both feature a 3.7-inch touchscreen – the largest screen ever used on a Blackberry smartphone. New Liquid Graphics technology provides high resolution display and crisp images, something RIM are going for big style with OS 7 handsets.

We’ve had the pleasure of using the Torch 9850 for a few days now and it’s a marked improvement on the Blackberry Storm devices. The screen is bright, clear and responsive and OS 7 seems very smooth, if a lot like OS 6.

RIM also introduced us to the two Bold Touch models due for release next month, the 9900 and 9930. They confirmed that all Blackberry OS 7 devices sport a 1.2GHz processor, HD Video Recording, 24-bit High Resolution graphics and advanced sensors. The latest Blackberry Messenger 6 will also come pre-installed as a part of OS 7, as well as a brand new version of Social Feeds (2.0) and Facebook for Blackberry 2.0.

“This is the largest global launch of BlackBerry smartphones in our history,” said Mike Lazaridis, President and Co-CEO of Research In Motion. “The BlackBerry solution offers a best-in-class mobile communications experience that customers love and we think they will be thrilled by the faster performance, enhanced browsing and richer multimedia delivered by these powerful new BlackBerry Bold and BlackBerry Torch smartphones.”

What do you think of the new Blackberry OS 7 smartphones? The Torch 9850 is our favourite so far! Check out the gallery below for some high res press pictures of the Torch 2 and Torch 9560. 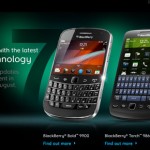 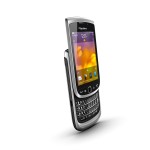 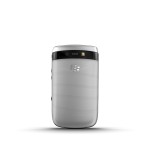 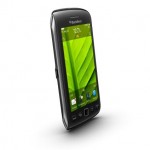 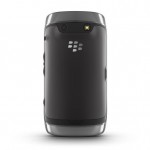