Blomkamp’s Alien Sequel is Official Thanks to Instagram Posts 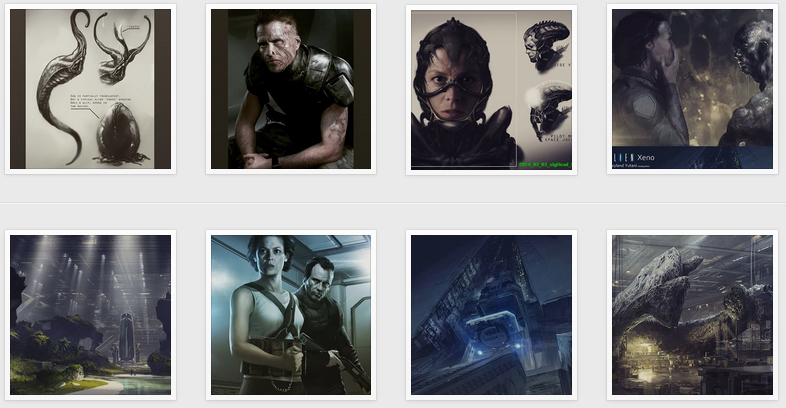 As a New Year dawned District 9 and Elysium director Neill Blomkamp didn’t just break the internet, he blew it out of the damn airlock, when he posted a series of images to his Instagram account depicting scenes from an Alien film he wanted to make but that was never to be. Now it’s practically been confirmed that it IS going to happen with 20th Century Fox producing.

The drawings were not tied to any production Blomkamp was involved in or authorised by any studio. He just did them and thought they were cool enough to share online. Which of course they were. 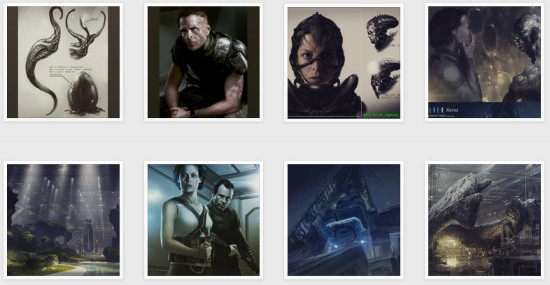 The director of upcoming robot flick Chappie shared at least half a dozen of these artistic labours of love which featured the likenesses of Sigourney Weaver returning to her famous role as action heroine Lt. Ellen Ripley and Michael Biehn as a battle-scarred Corporal Hicks.

They also included scenes that tied together familiar iconography from both the original 1979 Alien film and Aliens from 1986 – such as the crashed spaceship from the first movie (referred to by many as ‘the croissant’) in a storage facility of Weyland Yetani or ‘The Company’ and also the egg-laying alien queen seems to have survived and is hunting those who torched her brood in the second film, cocooning humans while on her warpath.

In another picture Ripley is seen encased in a bizarre bio-mechanical suit based on the armoured body of the xenomorphs – which offers all kinds of questions we’d love to get the answers for.

From seeing Neill’s Instagram pictures we think his vision would definitely offer a more fluid continuation of the series than Alien 3 and Alien Resurrection had attempted by killing off Ripley and bringing her back as a clone (yes, really). Despite both movies having their respective high and low points they didn’t really tie up the series to any sensible conclusion. And then there was Prometheus, which took us back before it all began and made the lineage even murkier.

If Hollywood takes Blomkamp’s ideas as its basis for a new movie it could reboot the story from after the first sequel and provide a true finale to a solid trilogy – but omitting part 3 and 4. It could always be said that those movies just happened in Ripley’s dream while in cryo-statis after Aliens (We’ll take credit for that one if it happens!)

Blomkamp’s most recent Instagram post from his account named ‘Brownsnout‘ suggests that his out-of-hours work has made some real buzz with not only the sci-fi fans online but also with Fox saying “Um… so I think it’s officially my next film #alien” – and entertainment news source Variety has reported that the studio has officially confirmed a deal with the director to bring his sequel to life.

Sigourney Weaver recently appeared on US television to back the project and Lance Henriksen, her co-star in Aliens as the android Bishop has shown support on Facebook declaring “Let’s make it happen”. And it’s really all thanks to the power of social media.. 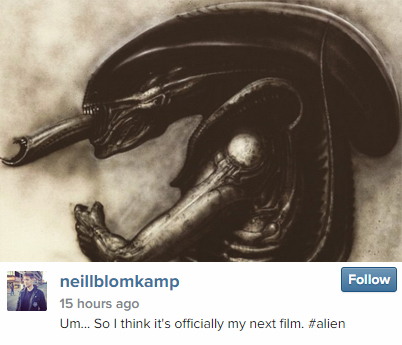