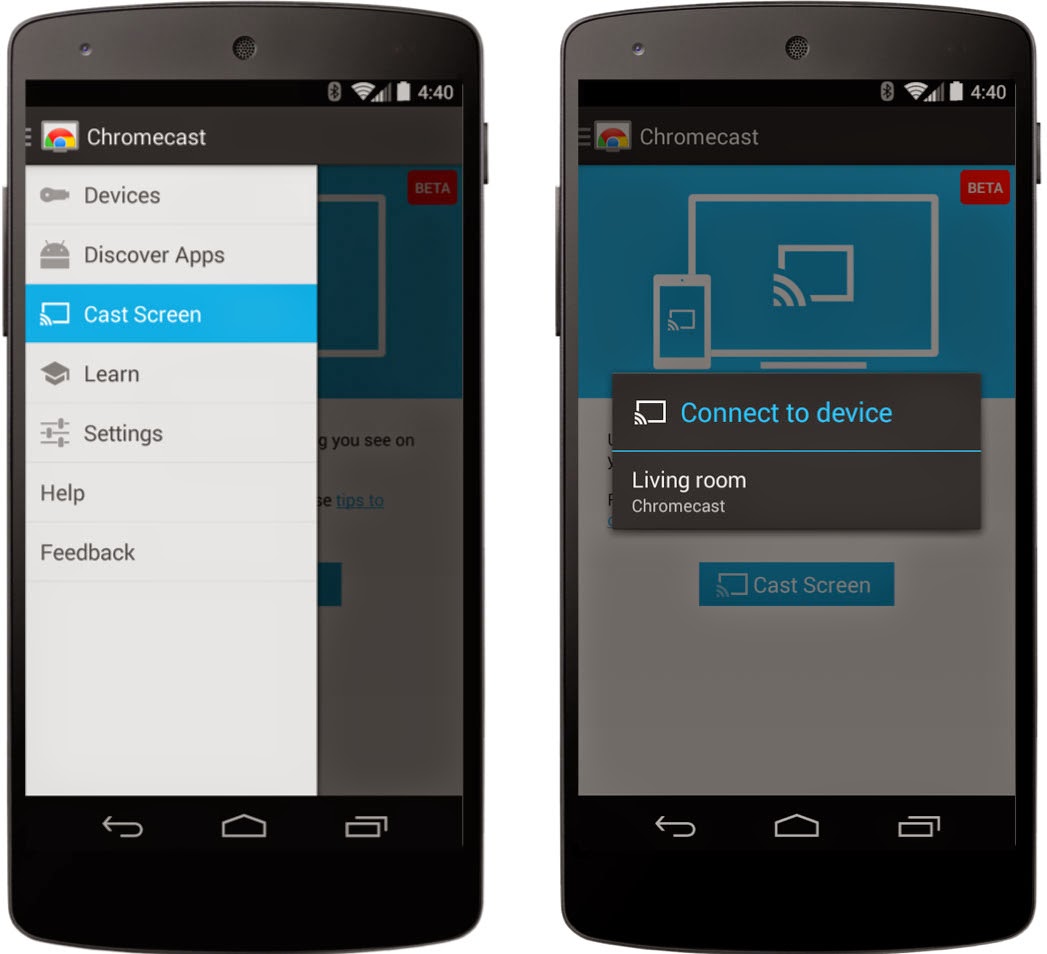 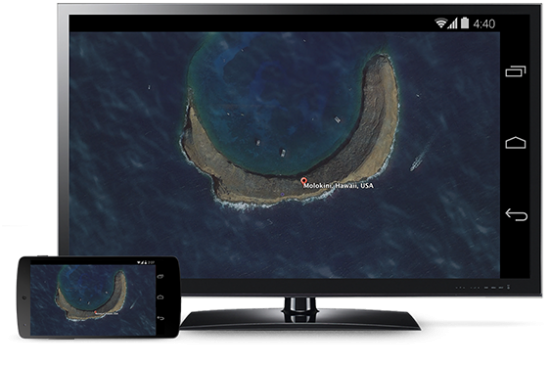 Y’know when you connect your laptop to your TV to watch films on the big screen? Have you ever thought how cool it would be to be able to do that with your Android smartphone?! Google announced on their Official Android Blog that Chromecast users will be able to do just that! Whether it’s viewing photos, steaming movies or playing a game, it will all be viewable on your TV exactly how it is on your phone, only bigger!

To start the mirroring feature, just select “Cast Screen” from the navigation drawer in the Chromecast app and select the device you want to connect to.  On Nexus devices, this feature is also available through the quick settings menu. 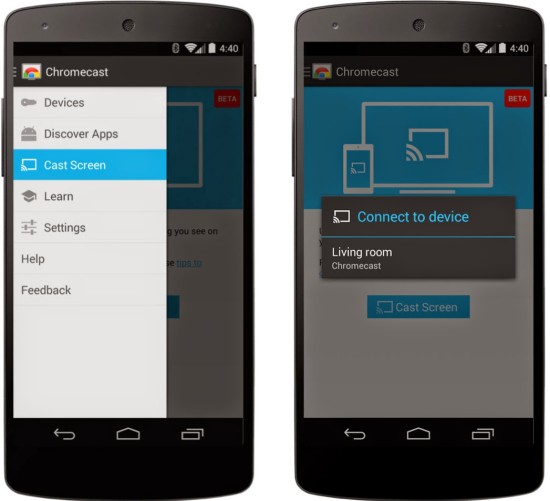 The mirroring feature is currently available in beta on several devices. Below is a list of compatible devices as provided by Google:

You will need to look out for the Chromecast 1.7 app update on the Google Play Store to be able to use the feature. There’s also news of support for additional devices coming soon.