Control the Star Wars Sphero BB-8 with the Force Band 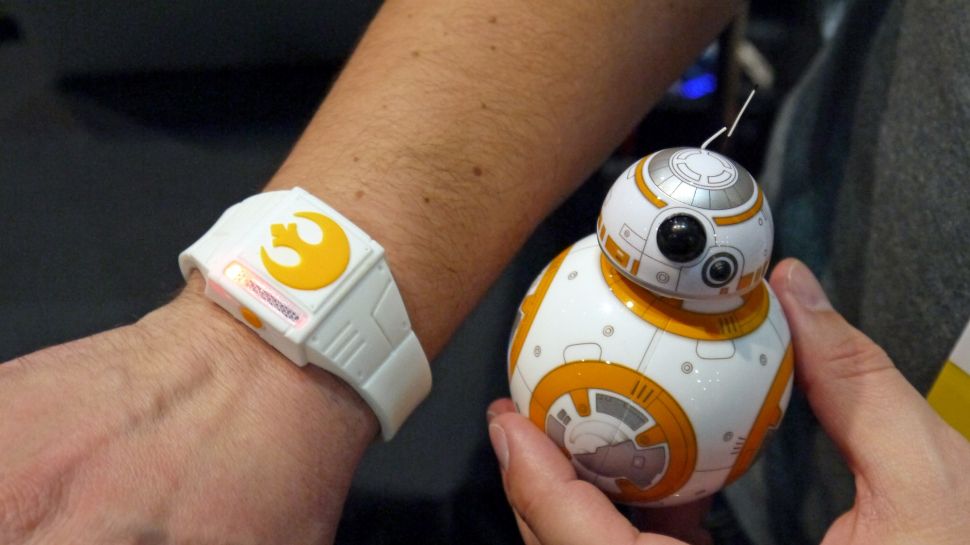 You didn’t need to use the Force to predict that Sphero’s BB-8 was going to one of Christmas’s must have tech toys. The remote controlled miniature replica of the little rolling droid who stole hearts in the latest Star Wars movie sold out at a number of retailers and those who were lucky enough to get one were showing them off and sharing their videos of the ball-bodied bot on Facebook. For those who didn’t get one it felt like being disappointed about not getting the Millennium Falcon toy all over again..

But personal jealousy aside, we’re excited to hear that Sphero is looking towards upgrading the BB-8 for a second outing next Christmas and this time he will be moveable by a simple hand gesture – a skill used in the Star Wars movies by Jedi knights Obi Wan Kenobi and the elusive Luke Skywalker. 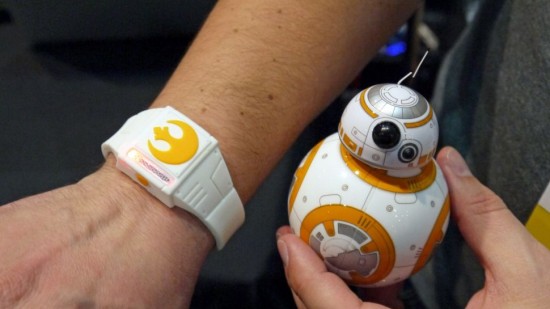 The only difference is that regular non-midichlorian-hosting Joes such as us will have to wear a new wireless smart gadget called the Force Band in order to get BB-8 to roll to us, bob his dome up and down or complete his top secret missions.

An early prototype of the Force Band has just been demonstrated at this year’s Consumer Electronics Show in Las Vegas along with the announcement of a new special ‘Jakku Edition’ BB-8 droid which features authentic ‘worn’ detailing – dust and scratches, just as he appears when found in The Force Awakens. The charging base even includes rusted effect. 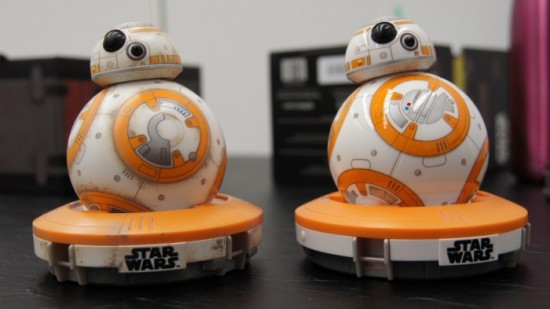 The Force Band will work on both versions of the BB-8 and replaces the need to use a smart phone to control him. There is no pricing or availability information on either the Force Band or the Jakku Edition Sphero BB-8 but more details are expected to follow at the Toy Fair in New York this February.