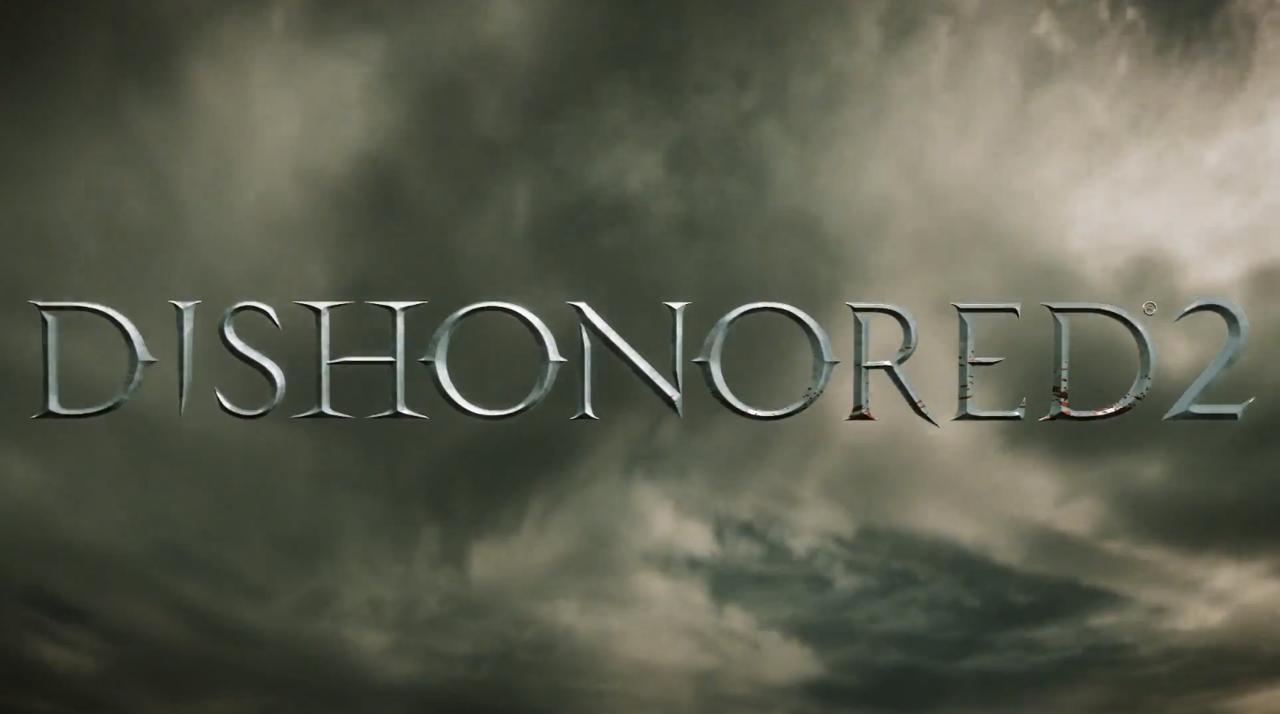 Dishonored 2 @ E3 2016, Bethesda take a rewind to look at the next instalment of Dishonored series allows the player to choose between playing as Empress Emily Kaldwin or the first games protagonist Corvo Attano.

The two characters in Dishonored will have the same missions in the story driven campaign, the trailer featuring Kaldwin fighting sword wielding robots and a some what menacing looking bloke, bringing in what looks like a Tesla mine and some mean looking shadowy powers, tentacles make everything fun.

Again, the choice of stealthy game play and all out brutal murder of our NPC enemies is given, the ability to fly above, around or on to people with your arm tentacle which sounds unforgiving at the best of time but the brilliant detail shown in the game play really allows for a player to be immersed in the story and combat as a whole.. again, nothing quite as satisfying ripping people a new one with shadowy powers from the great beyond or summoning rats to nibble your troubles away.

With the E3 2015 rewind, there must have been more news to feed our curiosity, and Arkane Studios delivered, with an in-depth look in to the game for the very first time, in the victorian steam-punk theme, keeping to the unique style we have come to know from the Dishonored series, improved by the announcement of a custom game engine to make everything come to life, described as a painting in motion the game revisits Dunwall for the start and end of the game but the majority of action takes place in Karnaca.

With the November release around the corner, leaving fans of the series waiting in bated breath for the next installment. You can catch the trailer from last years E3 on YouTube here