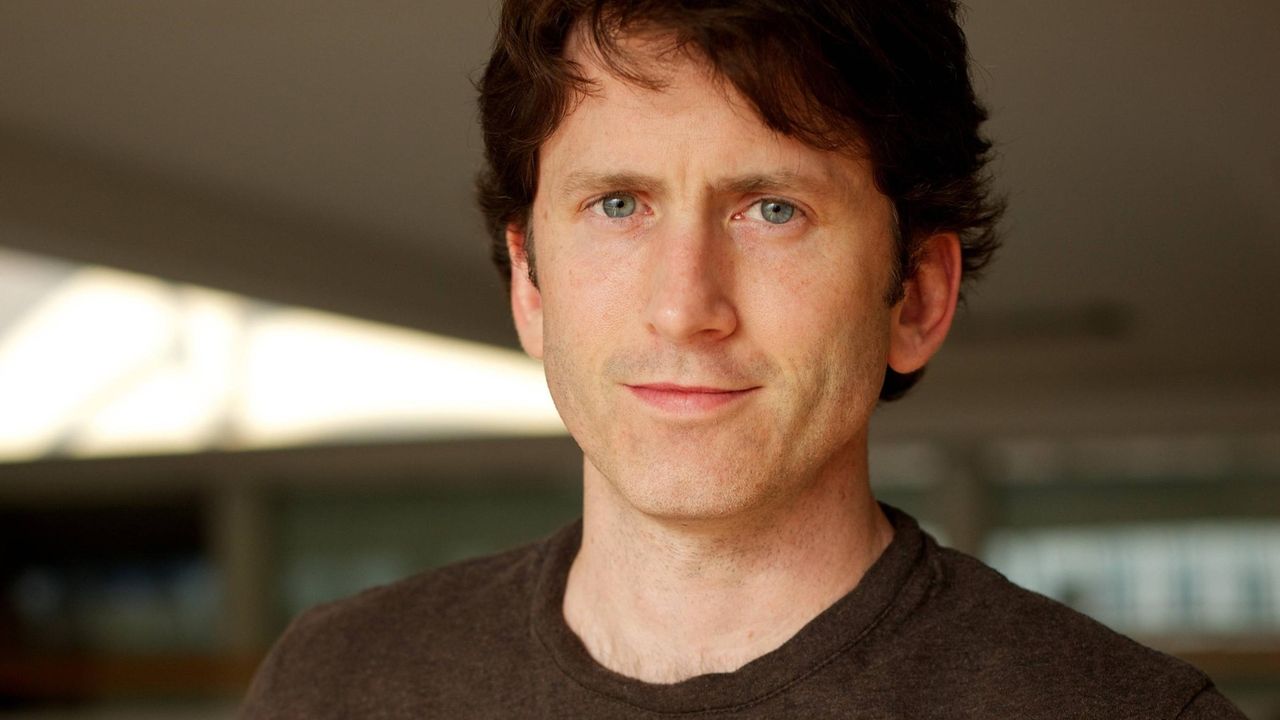 Bethesda Studios executive producer Todd Howard probably never entered the video game industry with the intent of sexing things up – however, Fallout fans agree that Todd is undoubtedly the handsome face of Bethesda, who are rapidly hitting the high scores to become one of the most successful games companies of all time.

Todd is God – Todd is great. It’s all there on the internet – Todd’s catchphrases such as “See that mountain? You can climb it.” and of course “It just works.” have been some of the most quoted to date by dedicated fans. Even the industry itself is poised to reward him with a Lifetime Achievement award at the Game Developers Conference later this month.

As if that’s not good enough, Todd sometimes doesn’t even remember his games are famous. Speaking today in a GamesIndustry.biz article Todd revealed that “When I go to E3 or [other events] I look at all these games and think, ‘Oh my God. Look at the show. I can’t believe anyone even pays attention to our games.’ We’re always surprised, like, ‘Wow! That’s really popular. That’s great. We need to make another one’,”.

No. This isn’t an obsession. He’s just a very beautiful man with lovely hair. Stop judging me.

It’s somewhat mysterious what goes on inside Todd’s head, and we have to ask ourselves ‘where is the guy heading next?’. In the recent interview, Todd took readers back a few years to his early days, before the memes, when he was developing and overseeing the Elder Scrolls III – and reminded us just how important user generated mods were to the game, and will be in future titles.

“We have ideas of what the game can be, but once it gets in the users’ hands – and it’s not that everyone makes mods, but really good mod makers are feeding the millions of people playing the game and they can pick and choose the stuff that they like and get the experience that they want and that’s very important to us.”

Howard also spoke on Bethesda’s involvement with upcoming Virtual Reality tech – “We’re exploring some things [in VR]. We’ll see where that heads. We don’t want to talk about it quite yet until we’ve figured some things out. My view of it is that I want everybody to enjoy the moment. There aren’t that many moments like this in technology or gaming. People talk about there’s so many unknowns and everyone wants to figure it out today.”

Bethesda are certainly continuing to rise and rise, with new trailers for gory action shooter Doom arriving recently, as well as planned downloadable content for Fallout 4 to be appearing very soon. In the mean time, check out the full interview ‘Kneel Before Todd’ at GamesIndustry.biz, and head over to the Todd Howard subreddit for all your Todd needs.