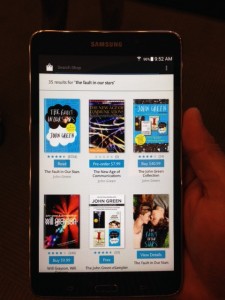 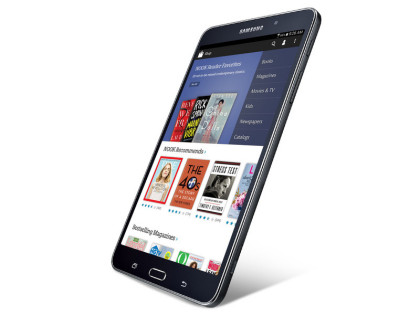 Barnes and Noble, one of the biggest book store chains in the US, are slowly being edged out by both the digital age and the lack of interest in reading amongst young people. Even television and movie adaptations of books haven’t slowed the gradual phasing out of reading print books, a sad trend in today’s society.

The sale of eBooks and eReaders is expected to surpass printed book sakes in just 3 years, according to this graph released on statista.com along with some other interesting statistics on the print book industry in the US. 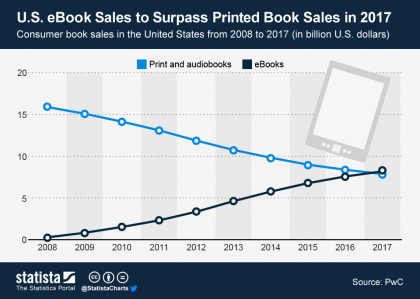 The bookies over at Barnes and Noble have attempted to capture the imagination and technological aptitude of today’s consumer. The Nook range met with stiff resistance from Amazon’s Kindle range, and hasn’t fared too well against the retail giant.

However, one company still has Barnes and Noble covered. Samsung, the makers of every decent tablet which isn’t made by Apple, have teamed up with the bookseller in order to release a new, Galaxy Tab themed Nook, the Galaxy Tab 4 Nook.

The 7 inch device is essentially the same physically as the Galaxy Tab 4 leaked a few months ago, except this version has a Nook skin and look skinned over Android 4.4 KitKat. The Nook skin is designed to promote the sales of eBooks from Barnes and Noble’s three million and counting strong range of titles. 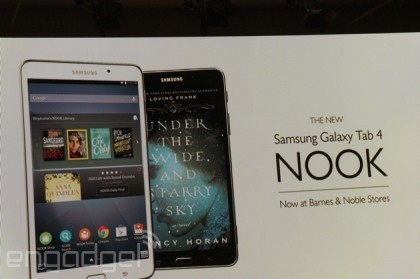 Also included are apps exclusive to the Nook range, such as Nook Today and the Nook Shop, which offer daily content, games and other entertainment apps usually only available on Nook. Barnes and Noble are keen for customers to take advantage of in store deals as well, such as free customer support and free wi-fi for Nook devices brought into store.

SEE ALSO: Flappy Bird Creator Has A New Game Out

The Samsung Galaxy Tab 4 Nook comes with a 7 inch 1280×800 screen, a quad core 1.2GHz processor and 1.5GB of RAM memory. The device’s storage hasn’t been detailed yet, but it might use an external slot for a 64GB microSD card. It comes with a camera on both front and rear, all for just $179 in the US.

It all comes with free content on purchase too, according to Barnes and Noble, best selling books, TV show episodes and $5 Nook Shop credit. There isn’t yet an official release date for the device, but we should see it soon.