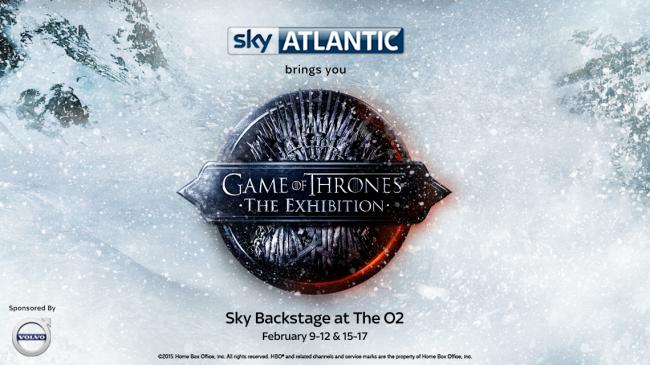 Last week it was announced that popular telly sensation Game of Thrones will make a triumphant return to Sky Atlantic for its fifth season on Monday 13th of April. In celebration of this momentous news fans have been pilgrimaging to London to enjoy the sights and sounds of the show at a sold-out exhibition at the O2 Arena in Greenwich. 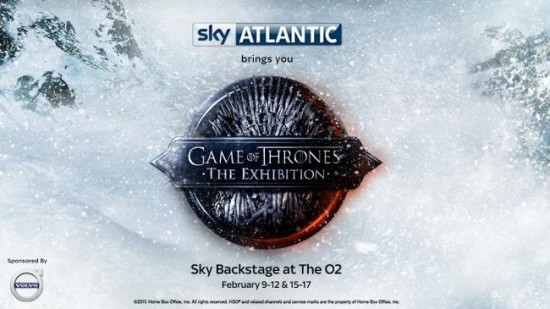 At Game of Thrones: The Exhibition which runs between Feb 9th – 12th and 15th -17th wannabe Starks, Lannisters and Baratheons can pledge to their house before entering the halls to claim their spot on the Iron Throne as King (or Queen) of the Seven Kingdoms. Artefacts, clothing and life-sized figures capturing moments from the HBO program’s last four years can be viewed up close and personal and there’s also a sneak preview of some of the new props from the upcoming season.

As well as the lavishly decorated halls and incredible memorabilia from the show the Game of Thrones exhibition also includes the most exciting attraction of all – a 4D Oculus Rift experience called Ascend the Wall. The ultra-realistic encounter with one of GOT’s most iconic landmarks will see the bravest souls strap on the virtual reality headset and step into a cage, resembling the winch elevator which has carried beloved characters such as John Snow and Tyrion Lannister to the summit of the wall at Castle Black. 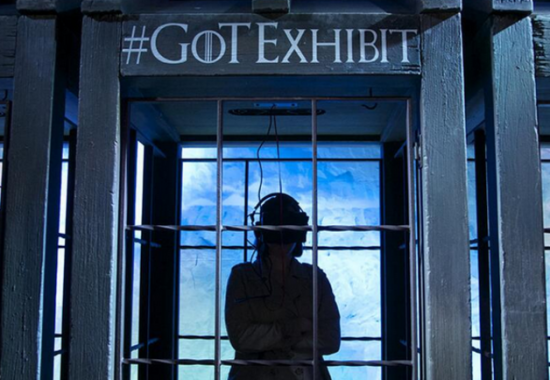 Inside the Oculus Rift passengers’ nerves will be tested as the rickety cage is raised 700ft up the shear wall of ice and any movement made affects the motion of the lift. But in reward for their courageousness riders will get to witness the epic sight of Westeros spanning before them. This is a sight that only members of the Night’s Watch have seen before first hand – offering a Crow’s eye view, one could say.

Stunning CGI from the Game of Thrones TV show has been incorporated into the 4D experience which appeared at last year’s SXSW festival in Seattle where cast members were invited to test it and Arya Stark actress Maisie Williams was absolutely terrified by the ascent!

Those lucky enough to have bagged tickets can enjoy Game of Thrones: The Exhibition from today – but remember to hold onto those tickets with your life because nobody is safe in Westeros..