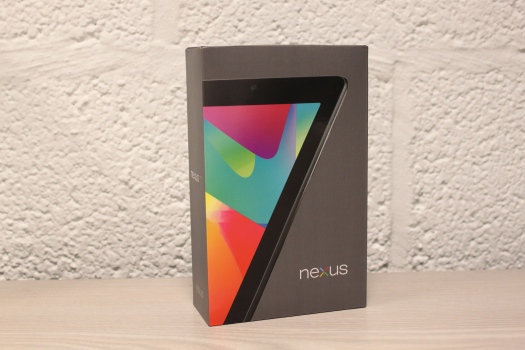 Google’s partnership with Asus has resulted in the world’s first Nexus branded tablet device. The company behind Android wanted to come up with something special to showcase the latest version of Android, Jelly Bean, and it has.

For under £160 the 8GB Nexus 7 defines the phrase ‘value for money’. It’s got a bright and sharp 7-inch AMOLED display which is great for reading text, watching movies and playing games. Speaking of games, the tablet will handle pretty much anything thanks to the powerful quad-core Nvidia Tegra 3 processor at its core.

Despite having a very bright screen and a powerful processor, we found battery life to be more than decent with the Nexus 7. On full screen brightness we got a solid 5 hours continuous usage, and when we halved the brightness rating it shot up to around 7 hours. Standby time was also good, with one charge generally seeing the device through two days usage at least.

The new software is very quick and smooth, and we didn’t notice any sort of slowing down or lagging, even when the 8GB memory was full. Google Now became surprisingly useful and always impressed us, offering ‘cards’ to show the fastest route to a location we had recently searched for on our PC. The voice search was also pretty useful, as were the traffic update cards.

Check out our full video review of the Google and Asus Nexus 7 below for our thoughts on the device and its software.