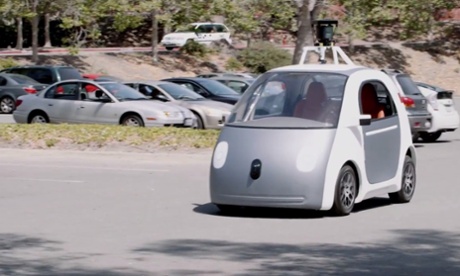 Google have been hitting the headlines recently as announcements relating to the company’s fleet of self driving cars have been appearing recently. The company has put the autonomous vehicles into production in Detroit recently, but also Google has recently been rumored to be developing a ride sharing service similar to Uber’s following comments to Bloomberg by Google chief legal officer David Drummond.

Speaking to Bloomberg, the lawyer revealed that there could be a possible ride sharing service from Google in the form of a smartphone app coming. Drummond said that executives over at Uber, a company whom he is a board member of, have seen screenshots of a Google made app already, although that information is yet to be confirmed.

It’s no secret that Google have poured a lot of investment money into Uber already – the ride sharing company has already received $258 million in funding from Google. It doesn’t seem like a great idea to compete with a company you’ve invested in, but a schism has appeared between the two formerly close companies of late.

If the app from Google is closely linked to the vehicles there could be a long wait before it surfaces – the cars are not road legal and there is still a lengthy legal battle to get through before they get out on the road. However, once they do a smartphone app could be used for a number of things, which we speculatively believe might be organizing rides and trips and even calling a vehicle to your location remotely.

Whilst our speculations seem far fetched, what we do know is any competitor to Uber will have to give passengers the ability to share trips and car journeys in its simplest form. The controversial Uber have already received some legal problems of their own, as some US states have banned the service outright and lawsuits have been filed against the company for allegedly stamping out competition via sinister means.

Of course, if a self driving car ride sharing initiative does crop up from Google, the costs to the end user could be a lot lower than say, calling a cab. This is one of a number of hurdles, legal or otherwise, the emerging new technology will have to deal with.

Whilst cab drivers may not be too happy at losing out to cheaper, autonomous vehicles, a Google ride sharing app could very easily compete with Uber, as Google’s widespread coverage over the internet could mean the app is much more available and integrated with existing products such as Google+. Neither Uber or Google have made any comments on the situation as of yet, so we may be a while in reporting confirmation of the service.