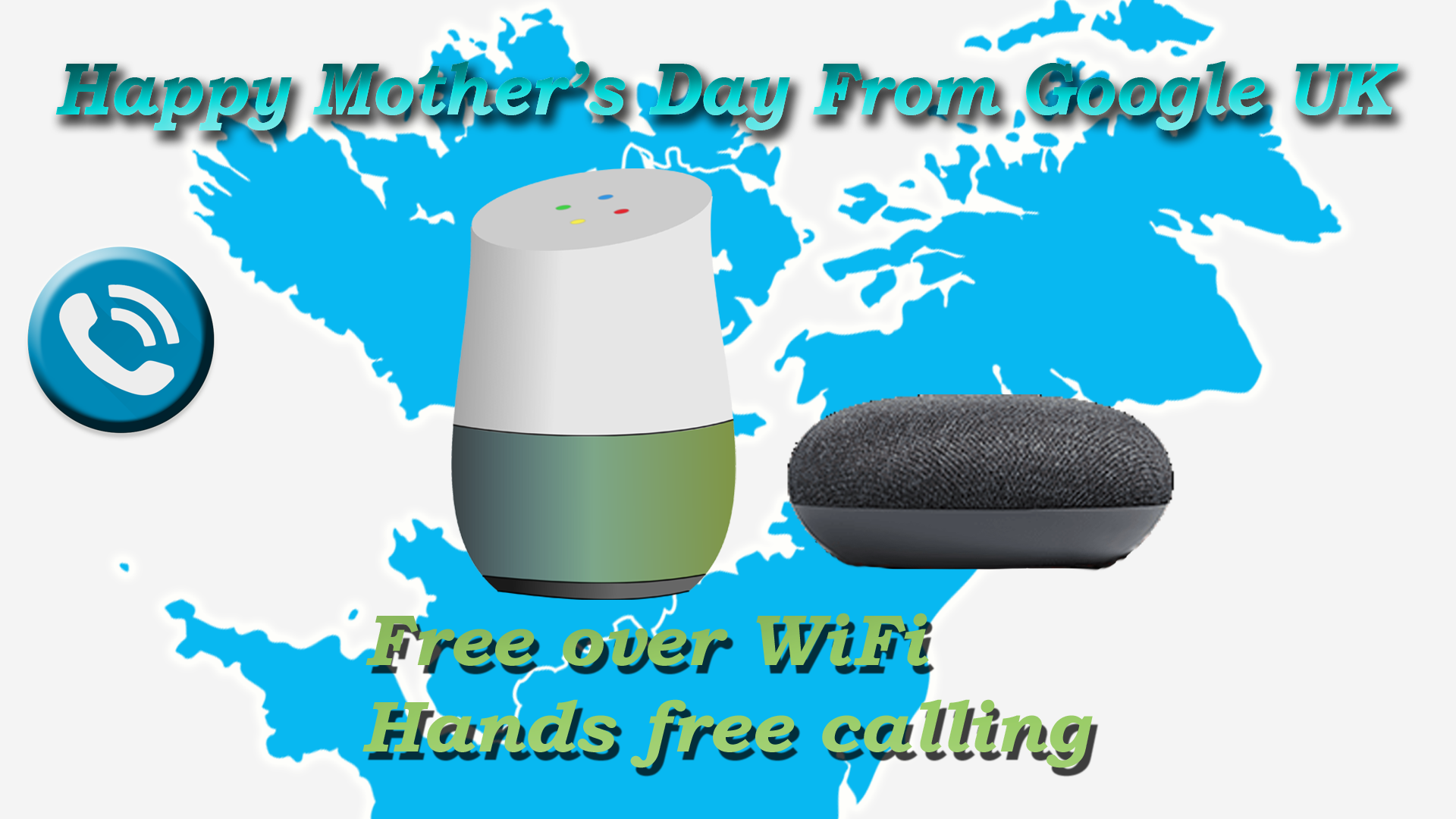 Using Google Home this way you can also setup callerID after making your first call, this way your mobile number will appear to the person you are contacting (the first call will show up as an unknown or private number).

As well as being able to call your personal contacts, you will also be able to call a number by saying it aloud.

It does not matter who you call, they could be at their home, on their mobile or at their office. The simplicity of the call making is there to see, and, most importantly, it’s free. That’s right, free calls over Wi-Fi!

Even if you share a home with friends, Google Home will recognise your voice pattern. This means that when somebody says ‘OK Google Call Mum’ the correct Mum will be called.

So when is this happening? It has already started. Google have started the roll out of Hands-free calling to Google Home users in the UK over this coming week.

Once it has rolled out to your area you will be able to make hands-free calls over Wi-Fi via your Google Home and Google Home Mini.

Other ways to make Mother’s Day wonderful for the person you love using Google Home:

“Hey Google, where is the nearest flower shop?”

“Hey Google, how many days until Mother’s Day?”

“Hey Google, set a reminder to buy a gift for Mum.”

Even if you’re using Multi-user and Google Home is meant to recognise your voice, keep in mind that a voice similar to yours, or a recording of your voice, could result in Google incorrectly recognising someone else as you.

The calling feature allows outgoing calls to most phone numbers in the United Kingdom, but does not support calls to emergency numbers (including 999 and 112) or premium rate numbers.