HTC One (M9) and (M9) Plus official photos leaked 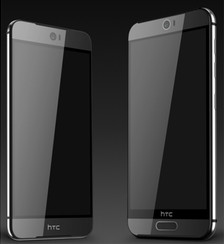 I’m sure you would have read the various rumours over the last few weeks that focused on the successor to the popular HTC One M8.

Well now, to go along with already blurry images that have made the rounds, we are now being treated to what is being called the official press shots of the yet unannounced HTC One (M9) and also the HTC One (M9) Plus.

This time the leak comes courtesy of the notorious Evan Blass via his Twitter feed EV Leaks. The images confirm what we have previously heard in that both will feature an all-glass front panel which has resulted in a re-designed speaker solution when compared to its predecessor. It would seem from the images that both models still feature a bottom speaker, which has reassured dedicated HTC fans who really appreciate the stereo sound that this smartphone can produce.

Another dubious point that was raised during previous leaks was the inclusion of a home button, a lot of users believed that the leaked blurry image of the M9 Plus was photoshopped and in-fact was the home button from the Galaxy S5. But as you can see from the images, the dedicated home button certainly does seem to be legitimate and will no doubt also support fingerprint recognition too.

Another feature which has seemingly been confirmed from these leaked press shots is the centre-mounted front camera; it certainly seems to be the same 13MP camera used on the Desire Eye.

It’s thought that the official unveiling will actually take place during HTC’s “Utopia in progress” event which happens at the beginning of March. However, the all these leaks over the last few weeks there is a realistic chance we might actually see an official announcement from HTC a little sooner than planned, and if we do manage to get more information in the meantime, you can be assured we’ll keep you updated.