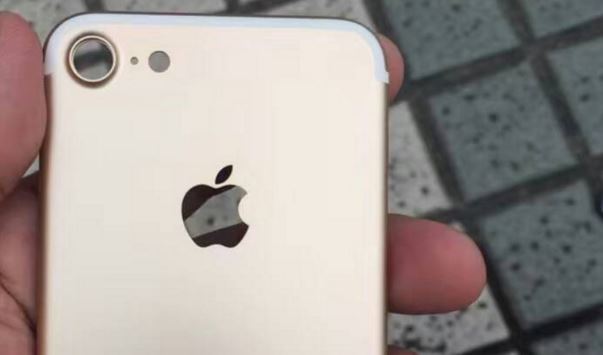 New ‘in the wild’ pictures of what is presumed to be the Apple iPhone 7 have surfaced and people certainly aren’t happy about it.

Coming from a source which has previously supplied genuine photos of recent iPhones in their final form and shared by legit news website Forbes, the new pics disappointingly reveal hardly any change from the previous iPhone 6s. That’s aside from one very noticeable feature that’s been giving Apple fans the hump – and it’s that big a$$ camera lens poking out of the back.

The images confirm that the finished iPhone 7 should follow the same form factors as detailed in the earlier design drawings that were leaked with antenna bands relocated from the back to the sides and the camera is in the same spot in the top left corner. It looked fairly hefty in the blueprints but it’s even bigger in the flesh.

The camera bump was an issue of the Apple iPhone 6, and caused the handset to rest awkwardly on flat surfaces and was generally just very annoying. We would have thought Apple could have addressed this in its next full iPhone released but it seems aside from iOS 10 included and the few incremental spec improvements there’s not much upgrading going on (fingers crossed for force touch at the very least).

It was expected that the iPhone 7 would revolutionize the brand and breathe new life into the repetitive hardware design but it doesn’t look like it’s going to happen and rumours now suggest there won’t be many changes between 6s and 7.

We’re sure all will be forgiven come September when Apple launches the iPhone 7 at its special event followed shortly after by the sound of wallets emptying and tills ringing. An actual event date is yet to be announced and we will of course update when news comes in.

Do you have an iPhone and are you in need of help or advice? Our Gadget Helpline support team are waiting to take your call on iPhones, Android smartphones or any of your household technical items! Check out our membership benefits and sign-up today for a 30-day trial!