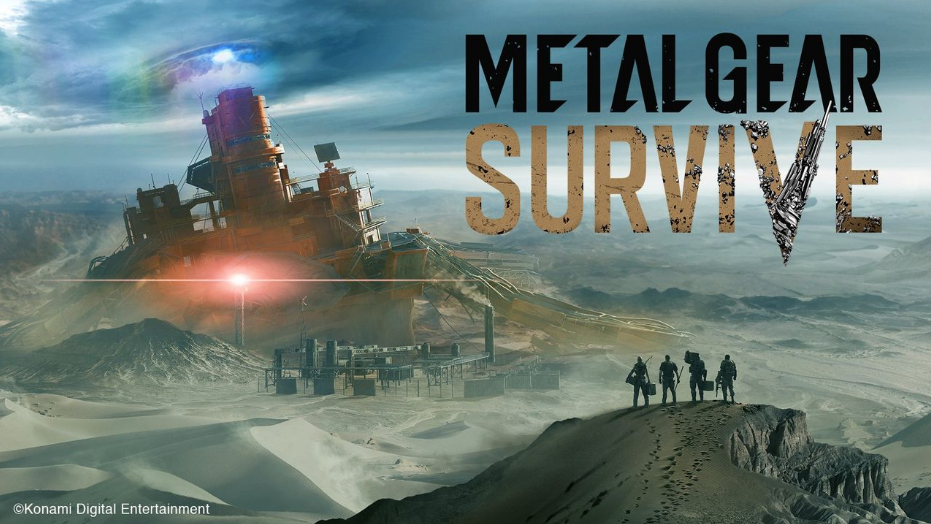 It’s a highly publicized absolute True Fact that there was a brief, yet massive falling out between Metal Gear Solid creator Hideo Kojima and Metal Gear franchise owner Konami last year. – and now we’re definitely seeing some of the fallout with the announcement of new, shot in the dark title Metal Gear Survive.

Kojima himself is now well out of the picture – recently debuting a video of a naked CGI version of The Walking Dead’s Norman Reedus staggering across a windswept beach as bait for his new post-Konami title Death Stranding. Kojima is what people like to refer to as an auteur – his directive vision on projects is so strongly apparent that he’s seemingly the sole author. With Metal Gear Solid, the outrageous nature of his directive vision was again, very apparent.

However, Konami’s controversial move to release a four player co-op survival horror game, set within the Metal Gear world (albeit in an alternate universe) has fans pretty much apalled. The trailer shows Big Boss’s pals being sucked through a wormhole (?) and landing in a realm infested with zombified versions of their former Mother Base colleagues. It’s messy to say the least.

Fan reactions in a nutshell.

At any rate, reception to Survive has been somewhat hilarious. The internet is more or less separated down the middle currently, with hardcore fans bemoaning the departure of Kojima and the ‘death’ of one of the most legendary game franchises ever, whilst newer fans seem more or less excited. However, the unanimous undercurrent suggests that most are dissatisfied with the fact it had to be a Metal Gear title.

Here’s Konami brand manager Richard Jones trying to justify the plot of Survive to audiences who would otherwise have remained convinced that there isn’t one.

“The Mother Base that had been built up during the Peacewalker storyline gets sabotaged from within and destroyed; that all collapses into the sea. Boss and Miller managed to escape, and they go off and have a few adventures which obviously we all know from The Phantom Pain. Unfortunately, not all of the Mother Base staff get off alive, so some of them are left stranded. But, before anything else untimely happens, they end up being pulled through a wormhole. So, an unexplained wormhole opens up and pulls the staff, parts of mother base, other items and all sorts of detritus through.”

This is really genuinely the actual plot and setting of this game. At any rate, you can watch the trailer here, and read the comments below the trailer as well, which will more or less give you an idea of exactly what the rest of the world thinks about this game. Please feel free to comment your comments below, we really don’t mind.