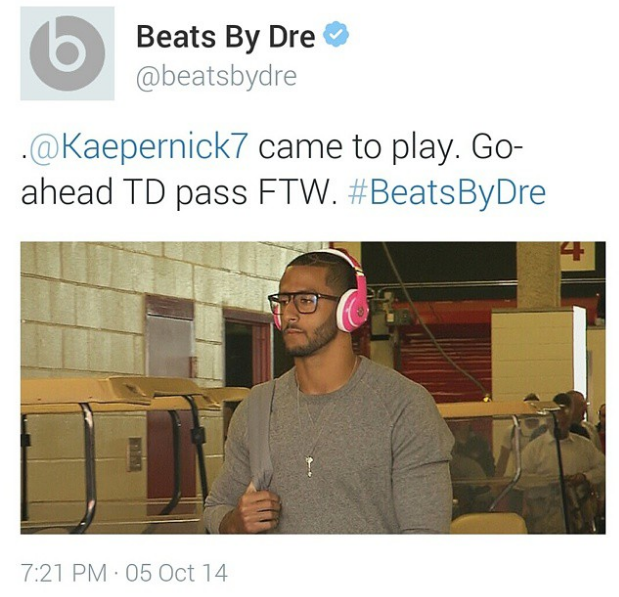 Beats by Dre, the locker room’s headphones of choice have been banned from the NFL while the company is in a deal with Bose.

The National Football League will prohibit its players from wearing non-sponsored ear gear during the partnership with audio tech manufacturer Bose on occasions including any public appearances for the NFL or the players’ respective teams.

The NFL deems that rival products such as the highly popular Beats by Dre, created by the famous rapper, should not be on display by any player walking into a stadium or anywhere that they could be seen by the fans or caught on camera.

A number of players including San Francisco 49ers’ Colin Kaepernick have already defied the somewhat unreasonable restriction and social network Twitter has been sharing snaps of stars who have been spotted wearing Beats to and from NFL engagements.

Kaepernick himself is a Beats sponsored athlete and was captured sporting a nice pink set and a picture of the quarterback was posted from the Beats by Dre Twitter account which will no doubt cause all kinds of controversy with the NFL. 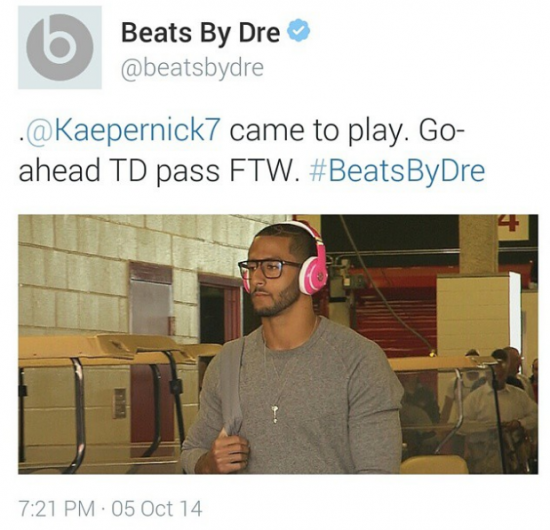 After the NFL announcers recently gaffed on live TV when they continually referred to sponsor Microsoft’s Surface tablet as an ‘iPad’ you’d think these players will be getting stern words to avoid further embarrassing of multi-million dollar partners like Bose.