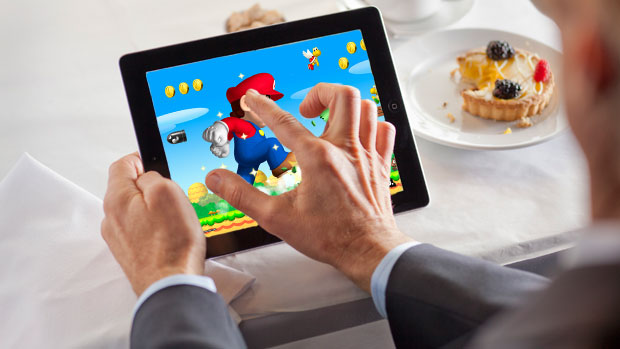 It’s been interesting times for Nintendo the last few years. Financial earnings haven;t been at all satisfying for the Japanese gaming giant, and of course their newest console the Wii U has seen much less exciting sales figures than the original Wii. However, the handheld DS series as well as the Animal Crossing and  Super Smash Bros franchises still remain hugely popular.

It is perhaps due to the company’s massive historical success in the handheld market that Nintendo have moved their strategy back towards portability. The company announced last year that titles direct from the company would appear on mobiles, and apparently would not just be repackaged versions of Nintendo’s back catalogue of games.

Re-hashing old content is nothing new in 2015, but what’s interesting is Nintendo titles that arrive on mobile will be brand new. Whilst older Game Boy titles are the popular choice for users of emulators on Android, the company have stated that they will avoid re-releasing titles which rely on button inputs on touch screen phones.

it’s been a common sight to see Game Boy titles on smartphones running on emulators, but now official titles from Nintendo themselves could begin to outshine these bootlegs, as they’ll not require the difficult set up and messing around often accompanied with emulator usage.

By the end of the year we should see the very first ported mobile game from Nintendo – there’s no word on what it will be, but according to Satoru iwata, head honcho at Nintendo, the game will be the first of five arriving by March 2017. it seems like a small number at first, but according to iwata the games will be supported post release. no doubt additional content will arrive, which could mean microtransactions.

Speaking of such transactions, it’s not been stated what kind of payment model Nintendo will choose for their first game. Whether additional content will come for free or at an additional cost is up for debate – Nintendo has been known for their tendency to charge once at the point of sale and not offer digital add-ons to games thereafter, but of course the ‘free to play’ model with paid extras could be tempting for the company.

It’s likely that the game may arrive during the Summer or Autumn – a mobile title over the Summer could bridge the notorious gap where the game companies  often quiet down prior to their bigger holiday releases. For now though, all we know is it’ll just be ‘sometime this year’.