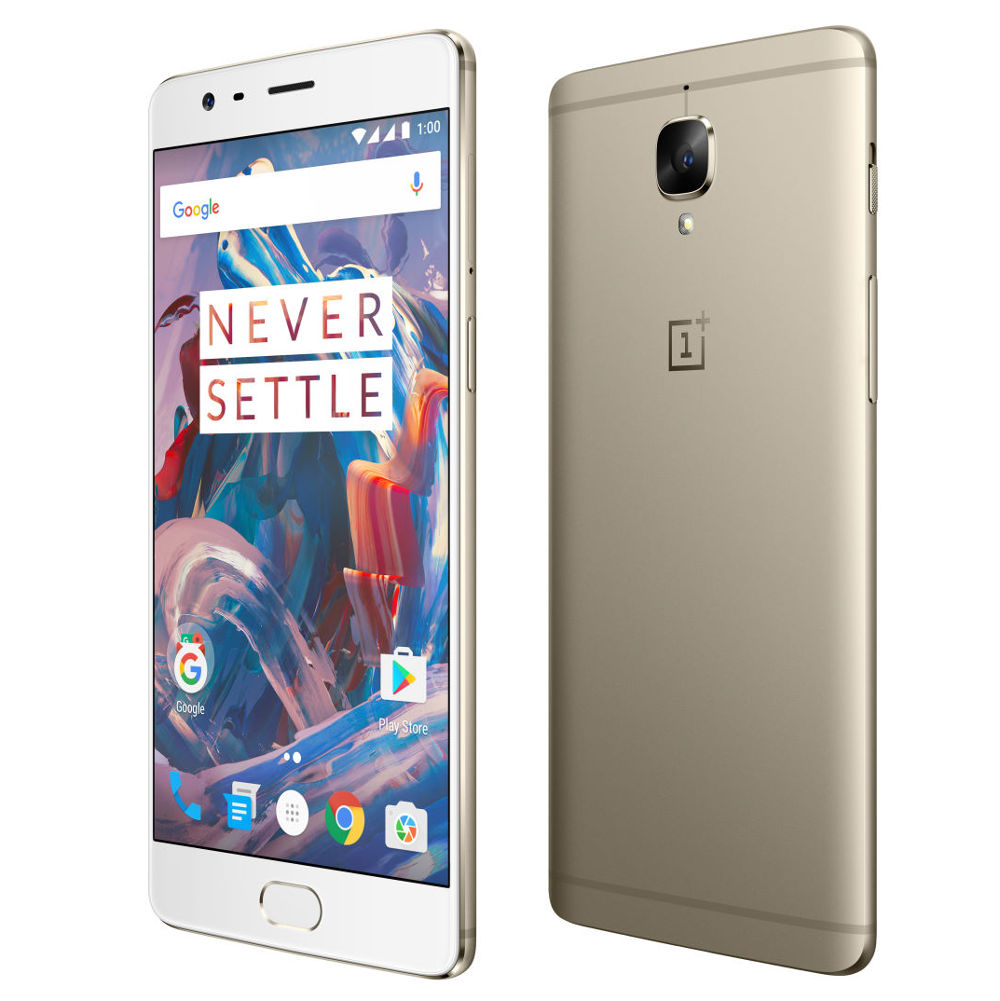 The OnePlus 3 only went on sale little over a month ago with buyers restricted to only a Silver Graphite finish to the handset – which despite looking fairly stylish still may have been a bit ‘industrial’ and left would be buyers waiting for something with a bit more pizazz to match the premium quality features and specifications..

But fret no more, phone fashionistas – OnePlus is releasing a new version of its third generation handset which comes in a more luxurious Soft Gold finish!

Teased in a tantalising video promo, the OnePlus 3 in Soft Gold seduces us from all angles with its subtle sheen and as the maker mentions it is not the typical ‘gaudy gold’ some other mobile companies are pushing (no names given) but instead elegance and a silky-smooth finish are key to the classy appearance of this new variant.

The handset includes all the same high specs as the original with a 5.5-inch AMOLED touchscreen and 1080 x 1920 pixel resolution, Android 6.0 with OnePlus Oxygen UI, a pair of dual-core 2.15GHz and 1.6GHz CPUs making up the processing team and 6GB of RAM with 64GB internal storage. The handset connects to 4G and Wi-Fi and Bluetooth and NFC are also included. The camera tech on offer includes 16-megapixel rear camera with LED flash and an 8-megapixel front facer for selfies.

The OnePlus 3 in Soft Gold will be released on July 26th in the United States and available for order in further countries from August 1st.

However, if you fancy something a bit brighter from your OnePlus 3 then hold fire – it has been suggested that another variant colour will soon become available after a red version was leaked online and quickly pulled from the OnePlus official website. There has been no confirmation of when it will be available, but it can be seen in picture form thanks to re-posters on Twitter and Reddit.