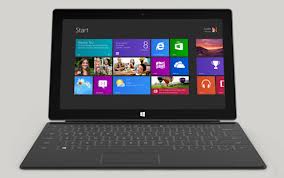 Microsoft launched its long-awaited Surface Pro tablet with full Windows 8 this weekend, and to the surprise of many, the device sold out within hours at Microsoft’s online store.

There has recently been a lot of press regarding just how much memory space users will have free to use from the 128GB on offer in the latest tablet. Microsoft confirmed that of the total 128GB storage space in the device, 83GB would be available. This is of course due to a partition, the OS and various other software installed, but with Apple’s timely launch of the 128GB iPad 4, it incensed some.

Nevertheless, Microsoft’s online store ran out of stock for the 128GB Surface Pro just hours after putting it on sale. Reports also suggest that third party retailers in the US were running low on the premium device, including Staples and Best Buy.

The Surface Pro uses an SSD hard drive for speed, much like a speedy Ultrabook or modern notebook laptop would. Apple’s iPad uses flash memory, and therefore is slower but users will get much closer to the advertised 128GB of storage space.

Microsoft launched its first Surface tablet a few months back, but the new model is a different affair. Designed to be much more powerful and like a full PC experience, the Surface Pro runs Windows 8 rather than the slimmed-down Windows RT on the Surface, and packs in a powerful Intel Core processor.

Currently the $999 128GB Surface Pro is out of stock with Microsoft, and with no news on new stock coming in, whilst the $899 64GB model is still available. We’re still waiting for it to launch over here in the UK.