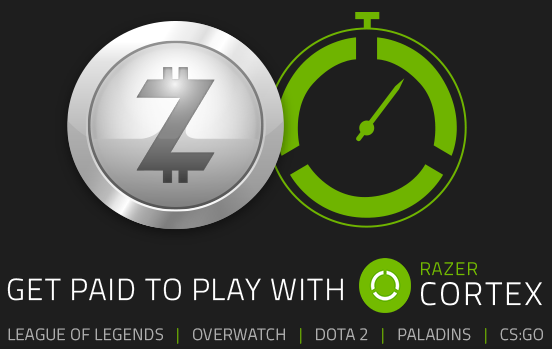 Razer zSilver – Be paid to play

After reading about the announcement that Razer just officially launched their zSilver currency, we thought this seemed interesting and worth looking into. After all, who plays games and does not wish they could be paid to play?

Originally, back in 2016 Razer launched the zVault on Razerzone. This was for Razer gamers to have their own digital wallet where they can convert real money into zGold that then gives them exclusive offers with Razer products and partners.

For example these are some of the offers currently available to zGold savers:

Gamersgate – Gamersgate are offering discounts on Steam games purchased through their site using zGold, have to be quick though as this offer is only available until March 31st.

Razer are toting this as, “Pay securely across an increasing number of games and platforms that accept zGold.”
If you have a look at the offers available there are not that many partnered organisations yet, so early days  at present on that front.

Razer have now added to their Vault with silver currency:

Through downloading and installing Razer Cortex, you too could be earning the zSilvers every minute of play. There are only a number of games listed that this applies to currently. Looking at the list though, they kind of make sense as most if not all of them require a long time at the keyboard to master. Most do not manage to master them of course but the time spent trying can now be profitable.

Users on Reddit have worked out the time to profit exchange to be  six zSilver every minute (up to a total of 900 zSilver per day) while playing these popular titles via Razer Cortex:

Pay using zGold every time and earn a stash of zSilver with each transaction. Get more when you spend with zGold.

Reap the benefits with your earned zSilver for rewards ranging from RazerStore discounts, products and many more.

Be Gifted with Bonus zSilver!

Verify your zVault to get Bonus zSilver for new and existing Razer ID users:

From now till 31st March 2017, 2359HRS (GMT/UTC), all existing or new Razer ID customers who verify their zVault account will receive Bonus 2,000 zSilver as a starter gift pack on Razer. That’s a 2X boost of zSilver (Usual: 1,000 zSilver only) for all Razer fans!

The major difference between the two is that zGold is actually a digital currency which can be used for buying games and other stuff from stores. While zSilver is basically a digital loyalty reward program.

What this means is that while you can get zGold by paying real money, you will have to jump through a few hoops to earn zSilver which then can be redeemed for different Razer products and accessories. Some of these proverbial hoops include logging into Razer account regularly, playing games, and buying games with zGold.

The current exchange rate set by Razor for zGold is 1c per 1 zGold.

To summarise then, Razer want you to donate some money into this fund that will allow you to purchase things at a slightly cheaper amount.  You will need to install software to your pc that could improve it but our advice is check out some reviews on the Cortex App first before you hit that install button!
Bear in mind most of the benefits involve you spending money in the first place for the most part. Also bear in mind that some of the things they offer at discount can be found elsewhere, sometimes at even cheaper prices.