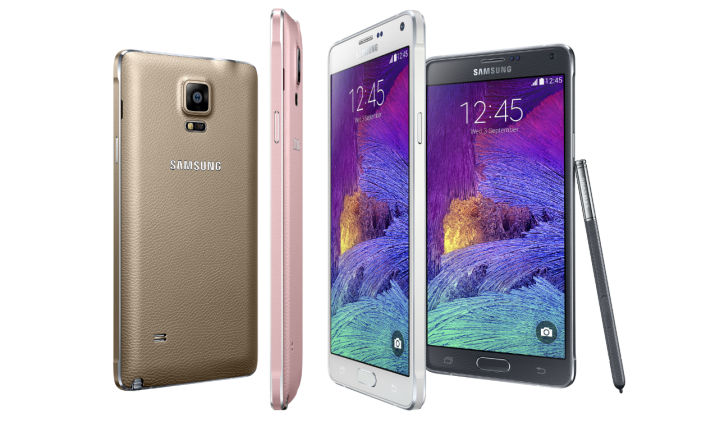 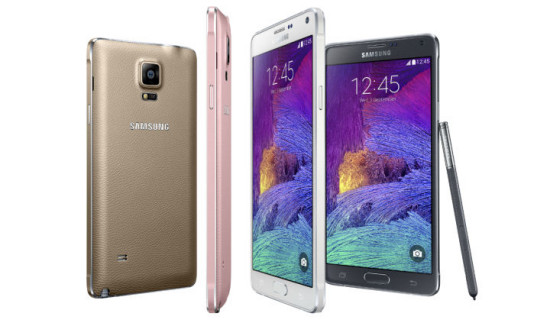 Phablets. Big giant phablets. Samsung loves them! They love them so much they’re expanding their Note range with the addition of the new Samsung Galaxy Note 4.

The new Note 4 features the same display as its predecessor (super AMOLED 5.7 inch) but its resolution will be vastly improved matching the LG G3 with Quad HD resolution of 2,560 by 1,440. To power this screen the battery has been improved ever so slightly on last year’s model with a new 3,220mAh battery opposed to the 3,200mAh battery used last year.

The processor depends on the carrier and region and will either be a 2.7GHz quad-core or a 1.9GHz octa-core processor and 3GB RAM with 32GB built in storage and the option to expand it with a microSD card. As for that all important camera, the front facing camera is 3.7 megapixels for those all-important selfies, while the rear camera is 16 megapixels and features Smart Optical Image Stabilisation.

With metal frames becoming a thing of the future the Note 4 has jumped on the bandwagon, and will also utilize this new sought after feature, making the whole unit seem much more robust and durable. It also has that, what seems like, signature leather effect back. Obviously the Note comes with that all important updated S Pen and Air Command feature.

When the Galaxy Note 4 launches worldwide in October this year, it will be available in a range of colours from: Charcoal Black, Frost White, Blossom Pink, and Bronze Gold. Prices have yet to be announced and no doubt a rough guideline will be released nearer the time.