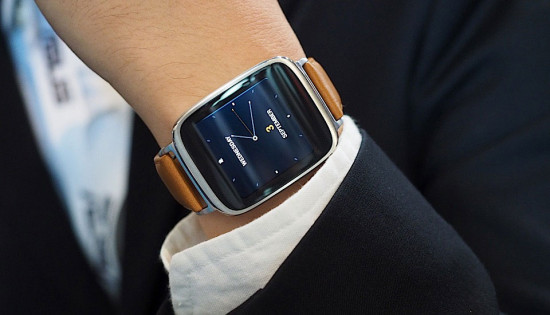 ASUS’s brand new smartwatch was unveiled at the IFA in Berlin a couple of days ago, and the watch, known as the ZenWatch itself is quite possibly one of the coolest Android powered smartwatches out yet. The watch is incredibly stylish, boasting a curved casing and a very comfortable looking band.

Not only is the screen protected by an outer shell of 2.5D Gorilla Glass 3, but the display itself is a 320×320 AMOLED touchscreen, which sits in the middle of the casing with a slight border around the square display.

Internally, the device is powered by a 1.2GHz Snapdragon 400 SoC processor, which you can also find on the LG G Watch. The ZenWatch also contains 512mb of RAM, not a massive amount but for a small device, not bad at all.

The watch can also store up to 4GB of data onboard via an internal storage chip, and also it can be used in wet environments. The watch includes a microphone for voice command, and also has a heartrate sensor, which can be used with fitness apps to keep track of your vital statistics. It can also be charged in a unique charging cradle, with a battery life of around a day. 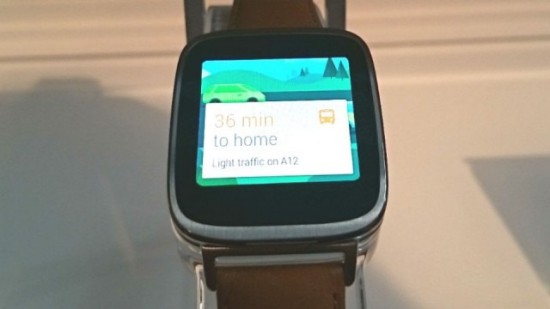 The software aboard the ZenWatch is ported directly from the ZenUI user interface, usually found on tablets from ASUS’s MeMo Pad range. Some cool features of the software also include unlocking your phone by tapping it to your watch, assigning predetermined functions to a double tap on the watch face.

The ZenWatch looks great and has great features, but for the moment the price of the device seems pretty high, being shown at the IFA at around 200 Euros. Other Android smartwatches are a bit less pricey at the moment, but from what we’ve seen so far from the ZenWatch it may just be worth it.