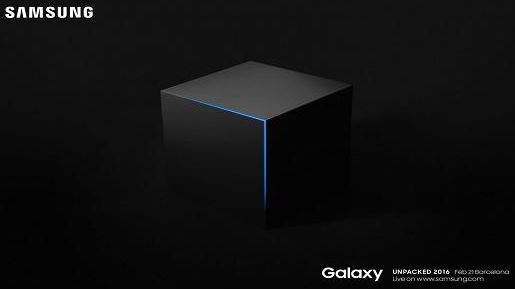 The Samsung Galaxy S7 has been teased in a promo video which confirms the device will be officially announced on February 21st.

Landing the day before the Mobile World Congress in Barcelona, the Galaxy S7 and S7 Edge will appear as part of Samsung’s Unpacked 2016 event – or at least that’s what we’d expected based on the rumours surrounding this year’s flagship offerings from the world’s market-leading smartphone company.

The Galaxy S7 is not specifically named in the video clip or the accompanying event invite but the slogan ‘Get ready to rethink what a phone can do’ certainly does seem fitting for a premium handset, and if history repeats itself a pre-MWC reveal from Barcelona will be highly predictable for the mobile-manufacturer whose base of operations is South Korea.

Hype has been building in recent weeks, heralding the arrival of the Samsung Galaxy S7 range and rumoured features include 5.1” Super AMOLED touchscreen display on the standard edition and 5.2” on the Edge variant, Android 6.0 operating system and Qualcomm Snapdragon 820 or Exynos 8890 processor could be included based on a recent leak of an official looking slide. Type-C USB port is expected and there’s the possibility that the Galaxy S7 Edge will bring back MicroSD support.

The Mobile World Congress kicks off on Monday 22nd February and Samsung’s Unpacked event will happen just a day before with the Galaxy S7 being one of the most anticipated handsets to hit the show floor. Price without contract when released is thought to fall between £550 and £599.