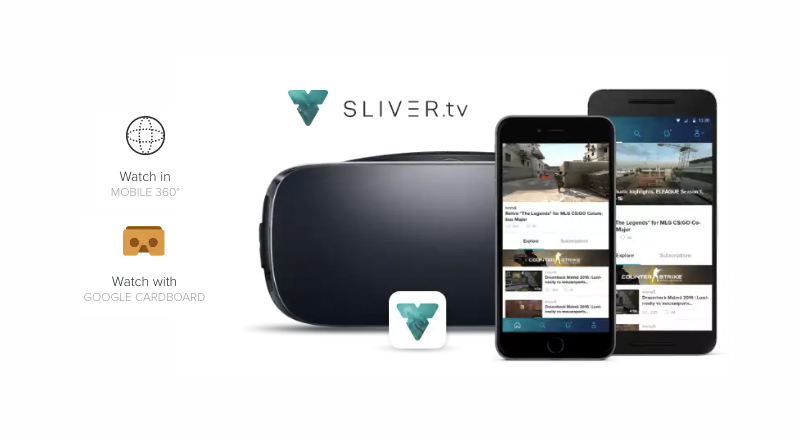 Is Sliver.TV the new Twitch for VR or is it a gateway to gambling?

At first glance, Sliver.TV seems to be like Twitch and Mixer with the standard chat window. It is not the same though. The streamers you watch are embedded from Twitch but you can register on Sliver to open an account.

The site is quite interactive though, the middle pane encourages more interaction as it is constantly showing new items to bet on. We successfully guessed which pets one of the players had and earned an easy 100 Gold.

If you win a bet then you gain a reward crate. This crate can be opened on the site and a slot machine reel style will go across the screen with different kinds of prizes. Ours stopped on 100 which was instantly added to the account.

Esports has been going from strength to strength over the last couple of years. It was only a matter of time until it went Virtual.
Sliver.TV offers viewers the chance to view the game from different perspectives virtually.

Sliver.Tv offers 360-degree views via their patented technologies which gives viewers seats around the match. This gives them the deciding factor on what part of the action they wish to see.

So the real question? If you like esports and have a VR headset why wouldn’t you use this?

Sliver.Tv is free to use, it comes in app form and can be viewed in a browser. Users can watch free and on demand content  in virtual reality. The app also covers all major VR platforms.

Sliver.TV: How Does It Work?

After creating an account or linking it to your steam you can enjoy the show. Every minute watching earns you 10 coins and your coins can be used to bet on the games. Winning a bet gives you tickets which are automatically entered into the raffle. At the end of the game a ticket is drawn for the skin (usually an in game skin) and bet winners will receive a crate.

The team behind Sliver recently secured $9.8 Million in series A funding for their 360 degree platform. With this in mind we doubt very much that Sliver.Tv is going away anytime soon.