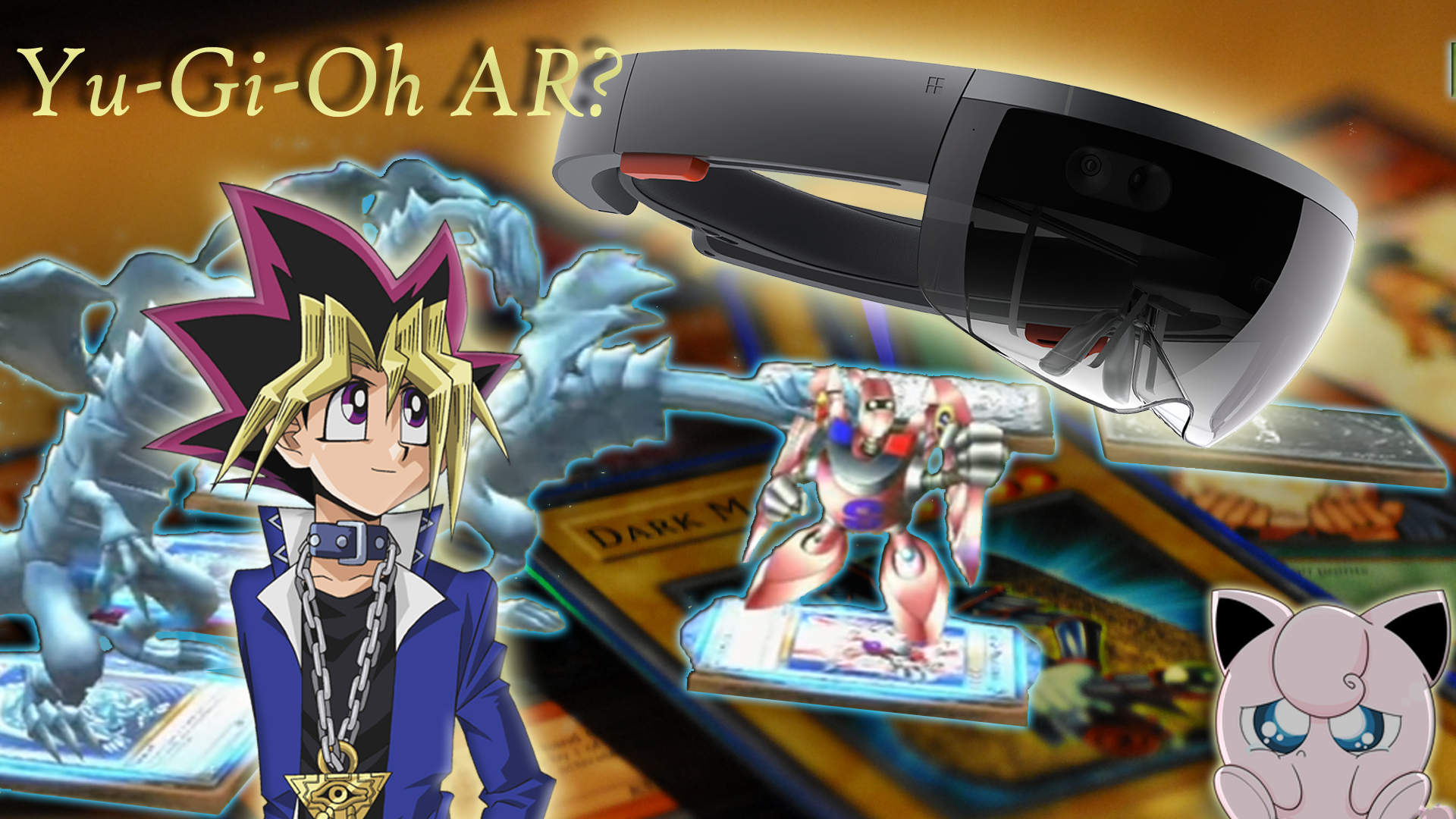 Yugioh AR, the thought of it is enough to make some of us here at Gadgethelpline seriously consider loan applications in our desperation to get hold of a Hololens.

A number of moons ago, I too was a Yu-Gi-Oh player and once managed to get to the UK finals. Shortly after the finals i quit the game (no salt). The cost involved in keeping up with the newest cards was too much. If you are out to gain a title then one pack will never be enough. To put it bluntly, each new set emptied my pockets; £300 to £400 down. Insult to injury, the collection still one or two ultimates short of the newest set.

With the rebirth of VR/AR and Pokemon GO’s success, hopes were high that someone, somewhere, would try out their coding skills on a Yugioh AR game. Thankfully somebody has.

Yugioh AR is being developed by two guys privately via the Hololens.
From what we can tell, the Hololens AR adaption is exactly like the physical trading card version, you even have to alter the scores yourself each time changes are made. Obviously this is still in development so we expect things to improve.

The guys involved have set up a Patreon, believe it or not, only two signups so far.

the potential for this is high, especially if designed with ‘porting over to other devices’ in mind.

Rather that just standing around battling some previous players monster, you will actually have to converse and get to know the people you play against.

Yu-Gi-Oh is a trading card game that involves using a lot of intricate synergies, if you wish to succeed anyway.
First launched in Japan in 1999, Yu-Gi-Oh has evolved over the years, with the inclusion of new monster types to coincide with the release of each new animated series. The game is also the largest selling trading card game in history; currently over 25 Billion cards sold worldwide.

Considering that fact it really is surprising they have not gained more backers yet.