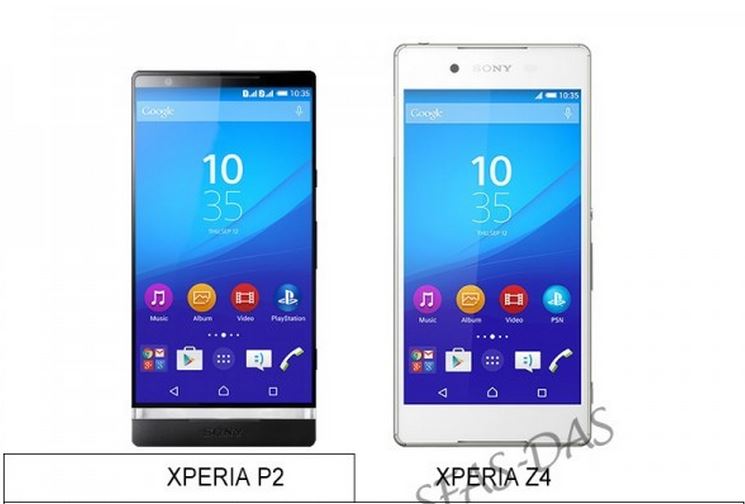 While updating its mid-range mobile offerings Sony has decided to bring life back to the Xperia P – a name that dropped off the radar after its release in 2012.

According to some very informative leaks on a Chinese website, the sequentially titled Xperia P2 smartphone is pictured next to the new flagship Xperia Z4 showing the difference in style (non Omnibalance which Sony recently favours) and is revealed to feature Sony’s own 5.2-inch full HD TRILUMINOS touchscreen display with 1920 x 1080 pixel resolution which fills maximum width of the front surface which appears to have a nearly non-existent bevel.

The depth on the handset is listed as 8.9mm – 10.9mm suggesting a curved metal backing like on the previous generation and there’s that transparent navigation strip which is also a throwback to the original.

Running the device is a Qualcomm Snapdragon 810 CPU clocked at 1.9GHz and the handset looks to include the latest Android 5.0 Lollipop and 3GB of RAM with an on-board storage capacity of 32GB.

Camera tech will include 12.1-megapixel main shooter with Sony’s Exmor RS image sensor for mobile and 4K video recording under its notable features and the front facing camera can capture a sharp 1080p image for video calls. The leak also confirms the Xperia P2 will support JPEG, PNG, BMP and RAW files and will have a 4240mAh battery.

It’s far too early to talk release dates and price but here’s a first look at the specs and hardware which looks to refresh and revive the Xperia P range. 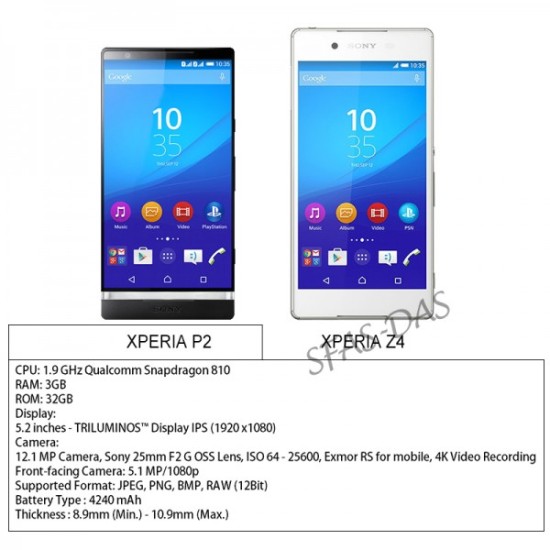