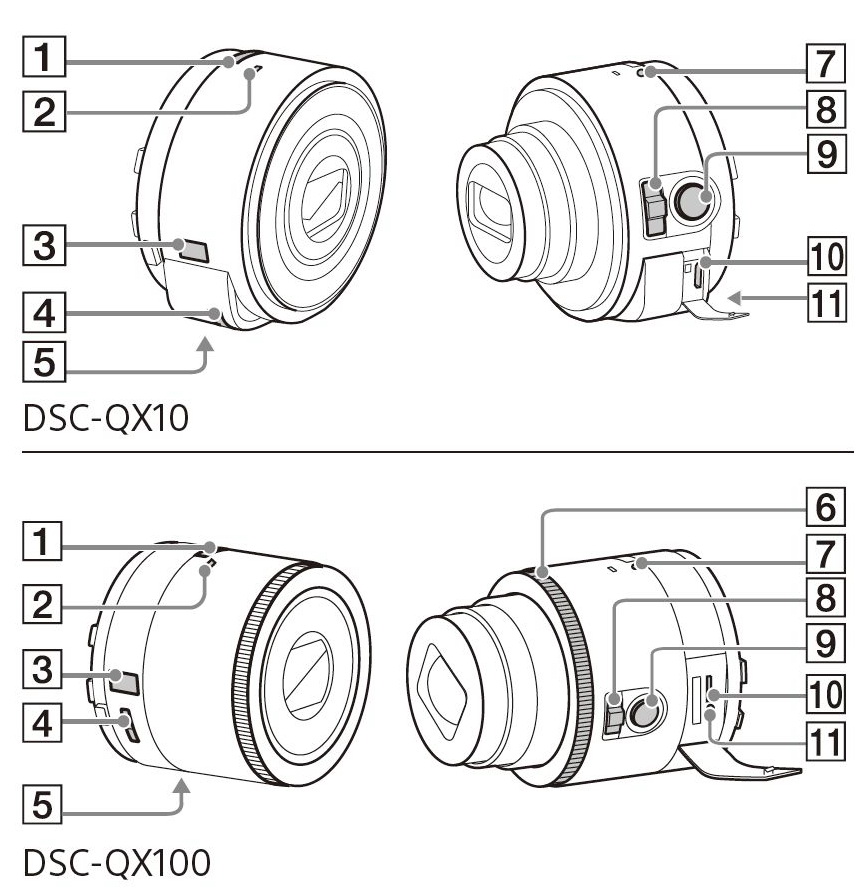 Sony looks set to be planning a range of attachable camera lenses for smartphones and tablets and first images of the devices have appeared within the pages of a leaked owner’s manual.

A legitimate looking render and manual diagrams of the Sony DSC-QX10 and Sony DSC-QX100 shows the lens affixed to a smartphone with a sturdy clamp which is marked with the familiar Sony branding. The idea of these lenses is to boost sub-par snapshots captured by our portable gadgets up to high quality pictures comparable to dedicated cameras.

The image was shared by Sony Alpha Rumors, the latest of their often genuine tech release leaks from the Japanese manufacturer. The site also suggests the DSC-QX10 will come offering 18-megapixel shooting capabilities, while the slightly improved DSC-QX100 will offer 20-megapixels when both are said to be revealed officially at a Sony event in September on Wednesday, September the 4th. The website also reveals the event invite at the Lincoln Center in New York.

With our smartphones now used for many day to day tasks, the demand for improved camera tech has thrown up some costly and somewhat hefty solutions (Samsung practically fusing a camera to a phone for its Galaxy S4 Zoom). Sony’s lenses look’s sizeable, but will at least provide the option to take it or leave it.