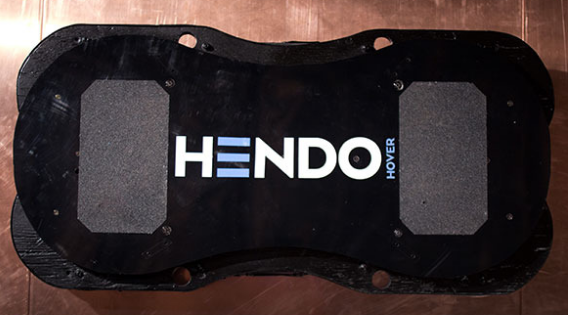 Welcome to the second instalment of our new weekly feature which we’re calling Techstarters. Through these articles the Gadget Helpline will introduce you to some of the ground-breaking and head-scratching technical discoveries hoping to gain financial backing on Kickstarter, Indiegogo and similar crowd-funding websites. This week’s is really going to blow some minds as someone on Kickstarter has made and is seeking backing for the world’s first ride-able Hoverboard – Great Scott!! 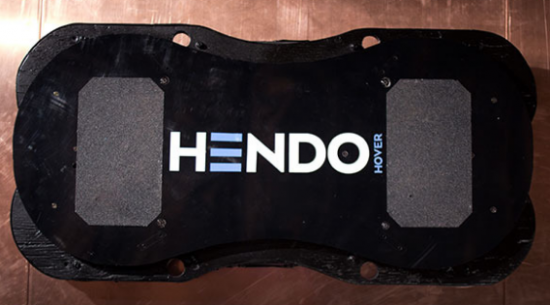 It’s been the stuff of boyhood fantasy since it first raised Michael J. Fox into the air in 1989’s Back To The Future Part 2 and now a Kickstarter company from California named Hendo Hover has invented the real life Hoverboard which at its current stage of development (it’s 18th revision) is capable of holding the weight of at least the ‘average’ person or up to 250 pounds (approximately 113.4kg) at a height of one inch off the ground.

Due to the hover technology in Hendo Hoverboard and Arx Pax’s Magnetic Field Architecture (MFA) used to make it float above ground it will only work on certain metal (non-ferromagnetic) surfaces and over specially designed ‘hover-ramps’(those boards don’t work on water!) This limitation and its shortage of height may throw up questions at present but it’s completely more functional than the movie replica prop released by Mattel in recent years which actually did nothing but look cool when you carried it. 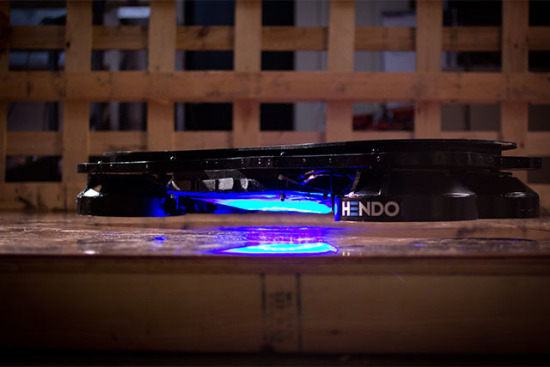 It’s worth bearing in mind that the Hendo is also a work in progress with some seriously big ambitions and it’s the closest we’ve come to realising the dream as it appeared on screen in the then futuristic setting of 2015. Co-incidentally, Hendo has a launch date in mind of October 21st 2015 which will be a date most memorable to serious fans of the Back To The Future series.

Other features of the board will offer an effortless glide, full control with natural body movements and safety power down and Hendo has even revealed some impressive concepts for a ‘hoverpark’ dedicated to the use of its gravity defying deck! 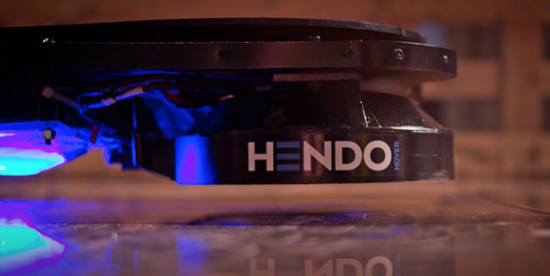 With a Kickstarter target of $250,000 the Hendo Hoverboard is just over $38k away from its goal with 53 days left to back the project (at time of this article’s publishing). Pledges start at just $5 for a thanks and a website mention with $100 for a five minutes test ride on the Hoverboard and $299 will bag you a very cool ‘Whitebox’ developer’s kit featuring the same magnetic hover tech inside a little floating cube.

Other rewards are available up the big one itself – a fully functioning, finished Hendo Hooverboard which will cost a $10,000 pledge. We’re willing to pool in if you are??