Top ten gadgets of the summer 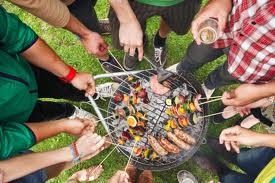 As you may have read in the recently resurrected ‘Gaming Weekly’ feature, here at Gadget Helpline headquarters we are all acutely aware that summer has arrived. So bring out those barbecues, bust out your Bermuda shorts and start playing that ‘summer tunes 98’ mix tape that you found in the kitchen drawer.

However, a Gadget Helpline barbecue would be nothing without a host of technical marvels to boost those summer vibes. So sit back, relax and whilst you’re waiting for the chicken to marinade take a look at our guide to the the best gadgets for summer. 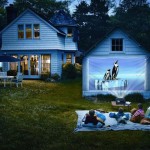 I love having a big screen and projector set up in my garden when I get the chance. You can watch a movie, play on a console or play life-size Minecraft. The big screen really comes into its own though at parties. In a world where we litter our Facebook walls with videos of cats playing keyboards and monkeys riding pigs, what could be better than just connecting a laptop to a projector and spending hours with friends watching dubstep remixes of Mary Poppins? Perhaps you can hook up an Xbox and download some of the discounted games that are on offer? The possibilities are endless. If you look around the web you can pick up decent projectors with 2,400 lumens of brightness for as little as £140. The higher the lumen value the better. 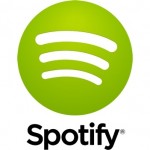 I cannot praise Spotify enough. I jumped on the Spotify bandwagon a few years ago and have since upgraded to a premium account and it was worth every penny. Music is great at any party but you will always end up with someone who feels left out, but with Spotify you just put it on, create a party playlist and let people add their own tunes. There is a reason that Spotify is the boss. 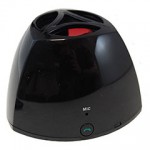 These little warriors have good points and bad points. On one hand you pick up a great little speaker for as little £20, such as the SoundWave SW50, which blasts out a beefy sound thanks to its main speaker and a bass release in the base, and it can also be used as a speaker for your phone. The downside however is that only one speaker can be used so you can’t chain a bunch of them together, but with the X-Mini Kai you can! 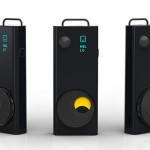 Autographer is a new product that will be hitting the market later on this year. It’s a portable camera that brings life logging to the masses. For the uninitiated, ‘life logging’ is the newest way of sharing your life with the world. Autographer takes images when it’s five built in sensors notice a change in the surroundings. You can create animated GIFs of your images using the desktop software as well as cool looking stop-motion style videos. There’s no need to worry about losing your camera either, as Autographer hangs around a lanyard on your neck and no need to worry about forgetting your best moments as Autographer captures them all for you. 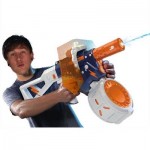 As every educated, cultured person knows Nerf guns are a winter sport and Super Soakers are a summer sport. So imagine if a tank and a Super Soaker had a baby… that baby would be the Lightning Storm. I’m sad to say that I have not had the chance to test one of these bad boys yet but there is always time for Nerf to send me one to try out. Wink wink, nudge nudge. 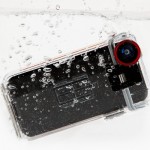 The phrase ‘Suit Up’ has never held more importance then when used in the same conversation as your iPhone and the ‘Optrix iPhone Adventure Suit’. This neat little gadget allows your iPhone to become the Chuck Norris of iPhones. You can take your little Apple friend with you when you go surfing, mountain climbing and much more. and it will survive a 15 foot drop and also a 15 foot plunge into water. Cue the numerous videos of people jumping off things into pools. Good wholesome summer fun. 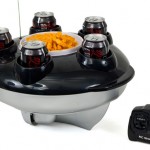 It’s a hot, sunny day you and your crew are chilling in the pool sipping gin ‘n’ juice. However, if you are not a mega rich rock or rap star then you are more likely to be sat in a £29.99 inflatable pool from Argos. Rich and famous or not you can use this RC wonder to ferry around the crystal and caviar or the beers and twiglets, depending on your economic situation. 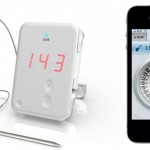 Never again will mankind suffer from charcoal burgers or sausages that are black on the outside and pink in the middle. The iGrill allows you to monitor the core temperate of your meat from your iPhone. May every steak be juicy, every kebab be flavourful and may your salad never go soggy. God bless technology. 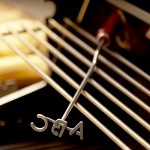 While strictly not a gadget, I felt that I had to include these bad boys on the list. The party has begun, the barbecue is lit and the music is thumping. You need to be able to take credit for this masterpiece of a party that you have given to the world. How better to do this than to brand your initials into every piece of steak that leaves the grill so that everybody knows who’s house it is…your house. 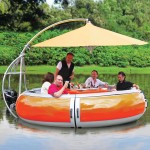 The final piece of the puzzle, the ‘piece de resistance.’

There is not much else needed to explain this. It does what it says on the tin – the ultimate man toy, the express-way to bragging rights.

There you have it. The top ten gadget summer sizzlers and the ingredients to make a sure fire way to throw an epic summer party… you’re welcome.