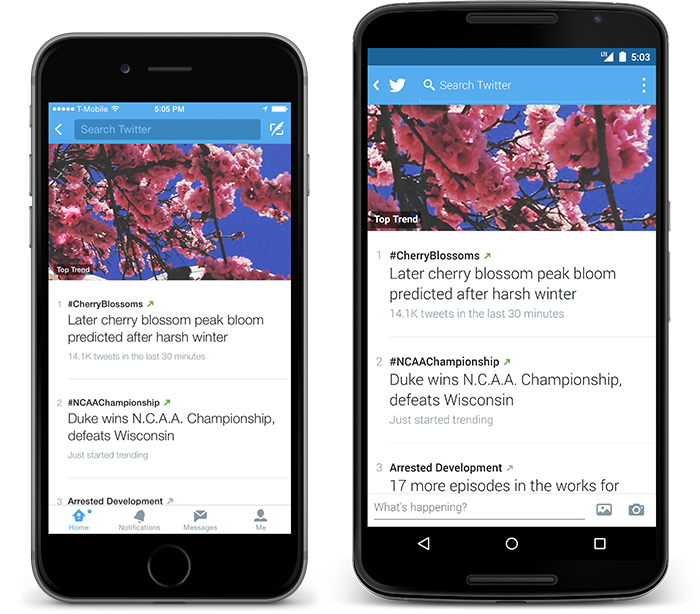 Twitter hashtags can get pretty obscure – the text limit and acronyms often leave users confused as just to what the topic is about. Often a quick Google search is in order, but sometimes you want to hear what the company itself has to say about a particular hashtag.

Twitter’s now defunct Discover tab previously gave users a vague idea what was going on on the site via the Trends section, but today twitter have said they’re planning on retiring the issue, and have replaced discover and Trends with a new feature on the search page. Now search results display info on trending topics with short descriptions of popular hashtags.

For now it’s limited to English speaking users in the US, but the site is planned to include the feature globally, possibly in various languages, for all users. It’s not entirely clear who authors and describes these hashtags, which are primarily generated by users, or what tone the descriptions will take for some of the admittedly controversial topics that trend on Twitter.

The Discover feature has often been a bit awkward to use and quite random in the topics you can see on the page. It was an original attempt by Twitter to make it easier for new users to get on board with the site and find new content to explore. The main problem with twitter, if you can call it a problem, is that users have to search out their own sources and users to follow to see information.

The new approach by the company is to take a much more proactive role in getting content to users – the best part of their recent updates and plans have reflected this stance. Describing popular trends in more detail will obviously make them much more accessible, and including them in search results can also be helpful to new users who have no idea where to begin on the site.

New users can often get lost on the site or find it difficult to know where to start, and over time some quit the site in favor of other services with more easily accessible information. In social media content is king – the user generated stuff keeps users engaged and interested. Better descriptions will indeed bring more content to users front pages on Twitter, so it’s a useful move for both the company and for fans.