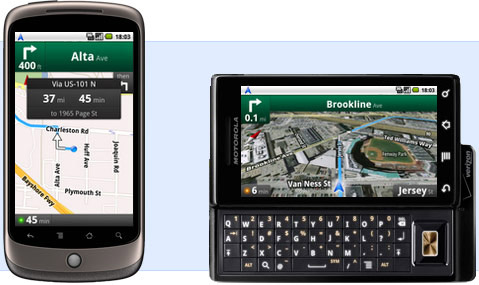 Google have today released an update to their maps Navigation app for Android bringing real-time traffic information and re-routing features to rival sat-nav products from leaders TomTom and Garmin. The best part is it’s all free! 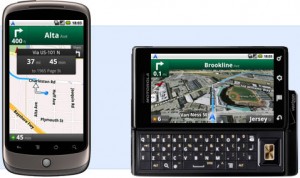 The downloadable update to the app (which runs exactly like a stand alone sat-nav, only on your phone) is now available to Google Android users in the United States and Europe, with a blog from Google stating “Before today, Navigation would choose whichever route was fastest, without taking current traffic conditions into account. It would also generate additional alternate directions, such as the shortest route or one that uses highways instead of side roads.

“Starting today, our routing algorithms will also apply our knowledge of current and historical traffic to select the fastest route from those alternates. That means that Navigation will automatically guide you along the best route given the current traffic conditions.”

Taking advantage of the increasing number of motorists using their existing smartphones rather than paying up for the now seemingly dated idea of a conventional satnav, it would appear that Google are making a drive towards making the service easily accessible and as precise as some of the top dashboard devices.

With all this for nothing but the cost of running an Android based phone, the big names behind the wheel of the high-priced sat-nav industry may need to check that rear view mirror – Google are set to overtake!