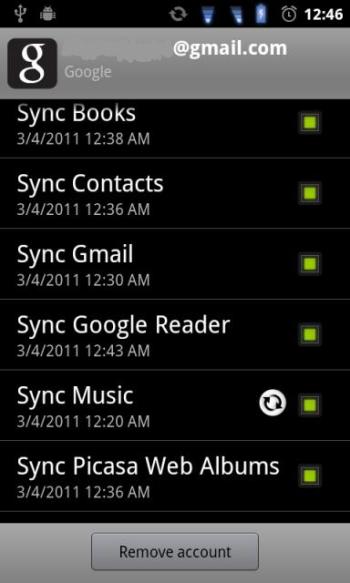 The clever people over at XDA-Developers are always finding ways to make Android better, similar to the jailbreaking community who strive to make Apple’s iOS better.

Their latest exploit (thanks to forum member WhiteWidows) has given us a peek into what the stock Music app that comes with Android Honeycomb is capable of. He’s replaced the standard Music app on an Android 2.3.3 mobile phone with the Music app that comes with Android Honeycomb. Most notably, a Cloud Music Streaming feature has been uncovered which means you’ll be able to put your music files into “the cloud” and stream them wirelessly, rather than the files being stored on your SD card taking up precious storage space.

We’re still waiting on a true Honeycomb product to hit the market, but WhiteWidows has managed to port the Honeycomb Music App APK to a rooted Android 2.3 mobile phone. The app seems to be working fine after a bit of tweaking, though we wouldn’t recommend trying it yourself unless you’re VERY familiar with rooting Android devices, APKs and the like.

We’re even more excited for Honeycomb now, how about you?